The city of Volos is located at the foot of Pelion, the mountain of the Centaurs and near the site of ancient Iolkos. According to mythology, Iolkos was the home of Jason who embarked on the "Argo" ship for the Argonautic expedition. The area of Volos is one of the first settlements in Greece and dates back to the 7th millennium BC, while the cultural presence in the area continues unabated until today.

The natural beauty of the area, especially the combination of the magical mountain and the blue sea, offer special images to visitors.

Volos is one of the most beautiful cities in Greece. The richness of the area and its great history are reflected in the architectural structure of the city. The many mansions, archaeological and thematic museums, and historic churches make browsing of Volos really enjoyable.

Pedestrian Avenue of Argonauts. Situated alongside the harbor, visitors can admire the "Argo", the work of sculptor Nicolas and the "trademark" of the city, as well as the ship of modern Argos which is a faithful replica of a sailboat 13th century B.C.

Papastratou Building. A neoclassical building of 1936 with a characteristic dome that was used as a storeroom by Papastratos tobacco factory, now houses the University of Thessaly.

"Old" district. The area is estimated to have been permanently inhabited since 3,000 BC, while according to one version it is identified with ancient Iolkos. In the area, visitors will admire the Roman baths, castle ruins (mid-6th century AD), the Ottoman gunpowder warehouse, Agioi Theodoroi square and the former Tsalapata factory that now houses the Brick Museum.

Riga Feraiou Square. It is located between the train station and the port. It is the largest square of Volos and constitutes its central core and landmark.

Railway Museum is housed on the first floor of the Volos Railway Station designed by Italian architect Evaristo De Chirico. The museum exhibits seasonal uniforms, objects and tools used by the railway staff.

Volos City Museum is the first modern city museum operating in Greece. It tells the story of the city of Volos and the city of refugees, Nea Ionia, through rare photographic material, acoustic evidence and selected artifacts.

“Giorgio de Chirico” Gallery of Art. The Center owes its name to the great Italian painter who was born in Volos in 1888. The site permanently houses about 500 paintings from all major 21st century artistic currents.

Kontos House - Museum of Theofilos. It is located in Ano Volos where works of the great painter Theofilos are on display. The themes are divided into three sections: nature, mythology and the revolution of 1821.

The Rooftile and Brickworks Museum N. & S. Tsalapatas. The Museum is housed in the old Rooftile and Brickworks Factory of Nikolaos and Spyridon Tsalapatas, in Volos. Its objective is to showcase the historical identity of the town of Volos and to contribute to the preservation and promotion of its industrial heritage. It presents daily life in the factory, as well as all the production stages of different types of bricks and tiles.

Natural History Museum is the only Museum of similar content and function in Thessaly. Its purpose is the collection, protection, scientific study, promotion and promotion of the Natural History elements of the wider Volos region and of Greece in general.

Dimini. It is located 3 km west of the city of Volos. Dimini was first inhabited in the Late Neolithic (beginning of the 5th millennium) and archaeological findings give the appearance of an organized Neolithic settlement.

Goritsa. It is located 3 km east of Volos on a hill of 200 meters. The city was founded in the 4th century BC by King Philip II of Macedonia to oversee the entire Pagasitic Gulf. Today, much of its walls and settlement are preserved.

Iolkos. It is located 5 km east of the city of Volos. The area was first inhabited during the Bronze Age in 2600 BC. According to mythology, Iolkos is the homeland of Jason who embarked on the "Argo" ship for the Argonautic expedition. Excavations uncovered ruins of the Mycenaean palace of 1600 BC.

Demetriada. The archaeological site of Dimitriada extends 1.5 km south of Volos. Dimitriada was founded in 294 BC by the king of Macedonia, Demetrius the Conqueror, from whom he took his name. Today the city walls and relics of the palace complex are preserved.

Sesklo. It is located 13 km west of the city of Volos. It is one of the oldest Neolithic settlements of Thessaly that was first inhabited in 6800 BC.

Church of the Holy Trinity. It is located near the port of Volos. Visitors have the opportunity to see and admire the frescoes and hagiographies of the iconostasis, of unique beauty and originality by the famous painter George Gounaropoulos.

Metropolitan Church of Agios Nikolaos. It is in byzantine style and the church's hagiographies are made by Agenoras Asteriades, while in the courtyard of the temple the old belfry is preserved, a work by Italian sculptor Previsan of 1884.

Monastery of Xenias. Situated 60 km from the city of Volos, it is of a royal style built in the 13th century. Its important decoration is a set of hagiographies, the number of which exceeds three hundred.

The historic railway of Volos - Milies, the train of Pelion, as it is best known. Its line is the narrowest railway line in Greece and one of the narrowest in the world. The route of Ano Lechonia - Milies, in green slopes and the beautiful view of the Pagasitic Gulf, passes through picturesque stone arches over eight stone-built bridges and a metal bridge.

Pelion. The legendary mountain of the Centaurs rises imposingly above Volos. It is a unique combination of mountain and seaside scenery with alternating images of snowy mountain peaks, beech forests, oaks, and fruit trees and the other sandy beaches and rocky beaches. On the mountain of Pelion there are over forty settlements built with traditional Pelion architecture. Some of the most famous villages are Ano Volos, Chania, Makrinitsa, Milies, Portaria, Zagora, Tsagarada, Vizitsa and others. Pelion has a network of very beautiful nature walks that are ideal for hiking, horseback riding and cycling tourism.

Meteora. They are located 140 km from Volos. It is a cluster of huge dark colored rocks that rise to the Thessalian plain. The Monasteries of Meteora, built on the top of the cliffs, are today the second most important monastic complex in Greece, after Mount Athos. Of the thirty monasteries that once existed, only six monasteries operate now, which have been on the UNESCO World Heritage List since 1988. 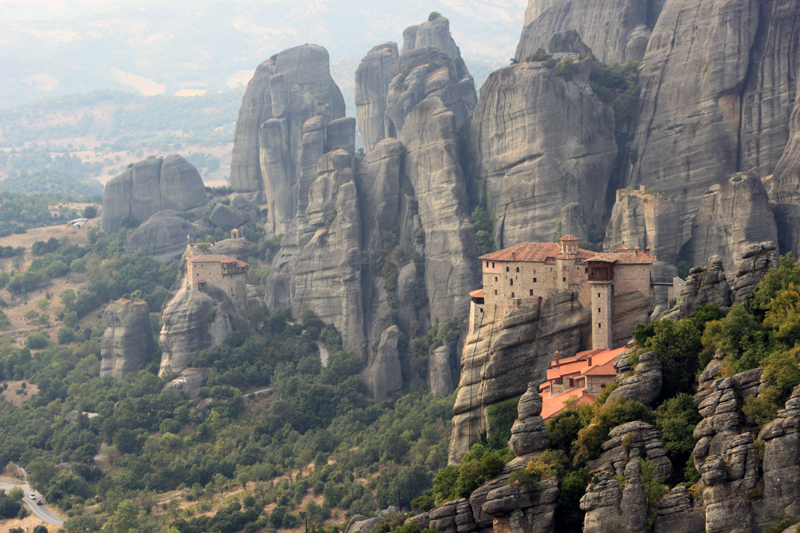 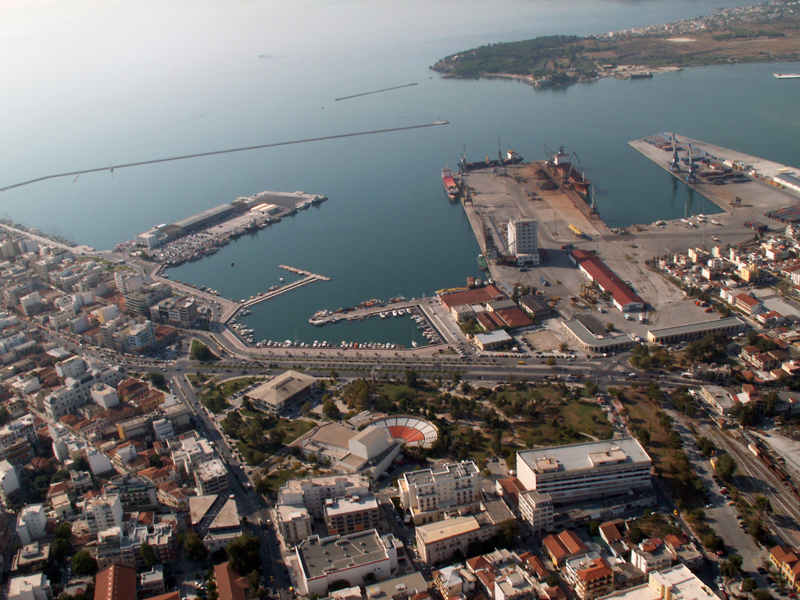 Port of Volos viewed from the east

Cultural Events in the Municipality of Volos (Summer 2020) 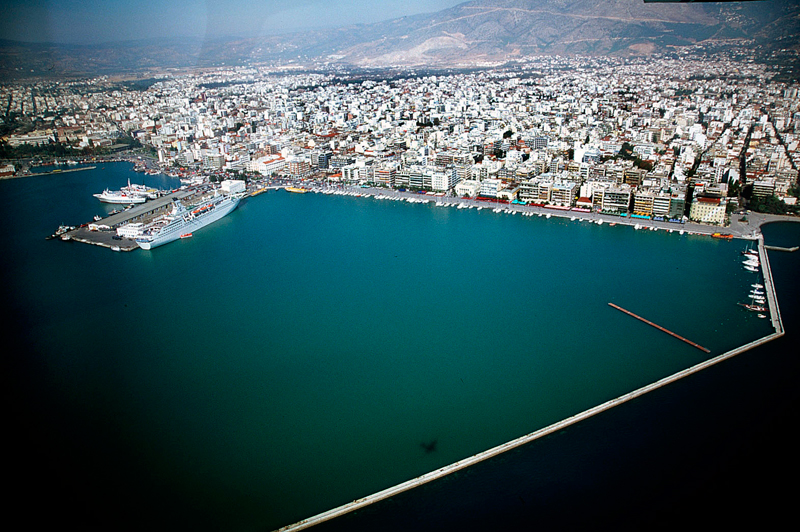 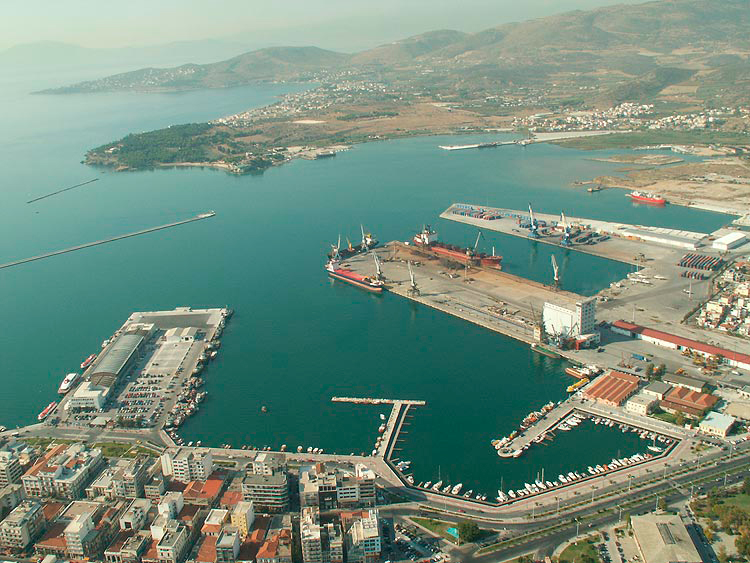 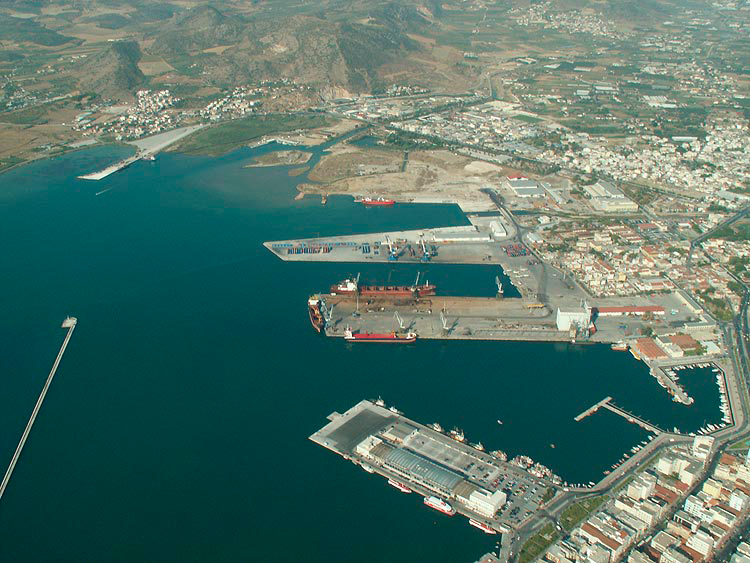