Thessaloniki is the capital of the region of Macedonia, having the name of Alexander’s the Great sister, Princess of Thessaloniki. The city was founded by Macedonian King Kassandros in 315 BC, however, the surrounding area was inhabited long before prehistoric times.

The history of Thessaloniki is more than 2500 years old and has been a crossroads of different cultures, traces of which the visitor can find in numerous monuments of the city. Each corner of the city has to offer a unique treat to satisfy even the most demanding traveler.

The city has a long and rich history and has been a crossroad for different civilizations. The cruise passengers can explore the various historical and cultural monuments of the city as well as to participate in various excursions to nearby unique archaeological sites or to specialized tours (vineyards and wineries, beaches and water sports, scuba diving, cycling etc).

Today more than ever, Thessaloniki is in position to offer its visitors unique and unforgettable experiences.

With its own very special atmosphere, a blend of western civilization and eastern influences …

With a fascinating journey into art and civilization through its museums, galleries and unique monuments…

In addition Thessaloniki is renowned for its lively nightlife and is considered to be gastronomic capital of the country, with famous restaurants and many local specialties.

Cruise guests can start their tour of Thessaloniki from:

Ladadika: It is a historic district of Thessaloniki which has been one of the most important shopping centers of the city, for centuries. Visitors can admire the colorful historic and neoclassical preserved buildings that show how old city of Thessaloniki was built. Today, Ladadika is a recreational area of ​​Thessaloniki.

Aristotelous Square: It is the central and most famous square in Thessaloniki. Βuilt according to the plans of the French architect Ernest Hébrard in 1918. The architectural design of the buildings around the square is with arches, capitals, balconies, and arcades, with influences from European and other Mediterranean cities.

White Tower: The imposing White Tower stands in the center of the city, a registered trademark of Thessaloniki. It was built around 1500 AD and was part of the defense walls of the city. It has 6 floors and 34 meters high. Today it houses the new permanent exhibition concerning Thessaloniki city from its founding in 316 BC to the present day.

Rotonda: Located in the historic city center, it is a vaulted round building similar to the Pantheon of Rome. It was built by Emperor Galerius in 304 AD, and was intended for a temple of Zeus. During Byzantium, it was converted into a Christian church of the Assamese Forces. After the liberation of Thessaloniki in 1912, it was dedicated to Saint George. It belongs to the UNESCO World Heritage Sites.

Galerius Arch: It is one of the typical monuments of Thessaloniki and is located near Rotonda. It was built in honor of Emperor Galerius in 306 AD, after his victory over the Persians. The monument bears marble slabs with relief depicting the events of the battle against the Persians.

Ancient Agora: The Ancient Roman Agora was the religious commercial and administrative center of Roman Thessaloniki in the late of 2nd century AD. There were imposing and magnificent public buildings as well as a Crypt Lodge that functioned as a mint and archive of documents. Visitors can walk to the ancient market and admire the finds in the museum, which is accessed by the Crypt Gallery.

The Upper Town (Castles): The Upper Town is still one of the most picturesque areas of Thessaloniki. It is an area with a unique history and unique architecture. Small beautiful Ottoman architecture houses and cobblestone streets are surrounded by its well-preserved Byzantine castles.

Archaeological Museum of Thessaloniki. The museum exhibits the life and culture of the Macedonian region from prehistory to the last days of antiquity and the early years of Christianity.

Museum of Byzantine Culture. The museum exhibits excellent exhibits of the Byzantine period such as: mosaics, icons, rare books, jewelry, while giving important information about the city's Byzantine past.

Folklore and Ethnological Museum of Macedonia. It collects, preserves, records and organizes past data from Macedonia and Thrace and makes it available to the public for study, education and entertainment.

Macedonian Museum of Modern Art. Provides visitors with the opportunity to get acquainted with visual artists from Greece and abroad, through important exhibitions and parallel events.

Agia Sophia is located in the center of the city and is one of the most important Byzantine temples of Thessaloniki in the 7th century AD It has been recognized as a UNESCO World Heritage Site.

Agios Dimitrios is located in the center of the city and is a royal style of the 7th century. The most interesting and popular part of the church is the underground ancient "Krypti" dating back to its construction and today functions as a museum.

Panagia Acheiropoiitos is located in the center of the royal town built in 452 AD and is one of the oldest Christian temples in Greece.

Panagia Chalkeon is located in the heart of the Historical Center of the city, built in 1028 AD. Much of the interior decoration with carved marble and hagiographies are preserved to this day.

The Temple of the Twelve Apostles is located in the center of the city, built in 1310 AD. Inside, there are hagiographies, which are the latest specimens of Byzantine mosaics, visitors can admire.

The Church of the Immaculate Conception of the Virgin Mary (Catholic Church) is located in the center of the city and is in royal style. The church was built in 1899 and is designed by the architect Vitaliano Poselli.

Vlatadon Monastery is located in Ano Poli and was built in 1430 AD. It is the only monastery in the Byzantine period that has been operating continuously since its foundation until today.

Vergina (UNESCO World Heritage Site) - royal tombs of ancient Macedonians. It is located 70 kilometers from Thessaloniki at the site of the ancient Aigai capital of Ancient Macedonia. It was made known worldwide by the discovery of the burial monument of Philip II, father of Alexander the Great. Important findings of Macedonian hegemony, such as Philip II's golden shrine bearing the "Vergina Sun", are on display at the Vergina Museum.

Stagira. The town of Stagira Halkidiki, is located 70 km from Thessaloniki and is the birthplace of the philosopher Aristotle, who was pupil of Plato and teacher of Alexander the Great.

Dion - Dion Archaeological Museum. It is located 85 kilometers from Thessaloniki at the foot of Mount Olympus. Dion was an ancient city of strategic importance and one of the most famous Macedonian states. The archaeological site is organized so as to provide visitors with a unique tour. Also in the archaeological museum of Dion visitors can admire all the findings of the area.

Petralona Cave. Petralona Cave is one of the top 5 caves in Greece, of great anthropological importance. The traces of the first 'homo sapiens in Europe' were found there.

Mount Athos (UNESCO World Heritage Site). The separate "Autonomous Monastic State" of Mount Athos is internationally recognized as a sacred site of Christian faith. A boat trip takes guests along the shores of Mount Athos, where they can admire the unique landscape and magnificent architecture of the monasteries.

Good food lovers will be delighted with the choices offered in the historic and shopping center of the city.

All major international fashion houses are represented in Thessaloniki, while local artisans produce their own masterpieces of leather, copper and bronze. 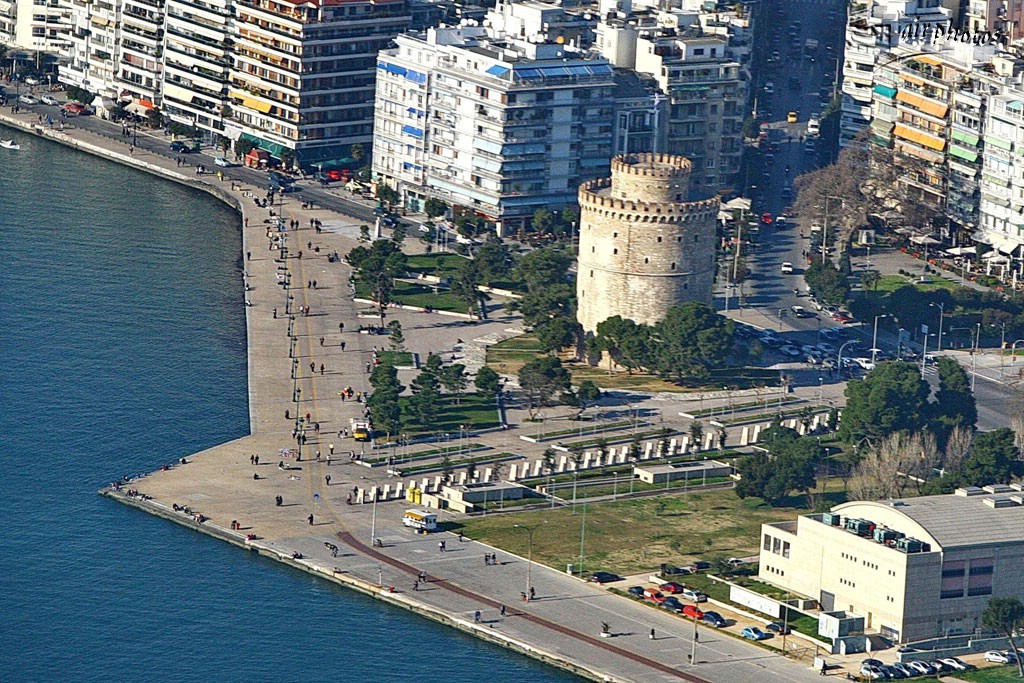 The city of Thessaloniki 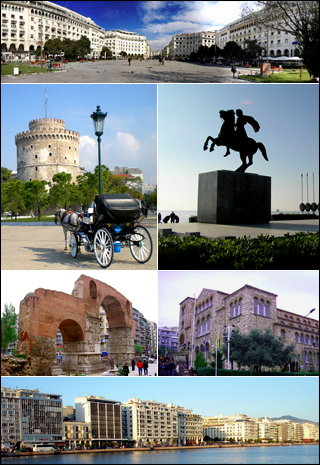 Cultural Events in the Municipality of Thessaloniki (Summer 2020) 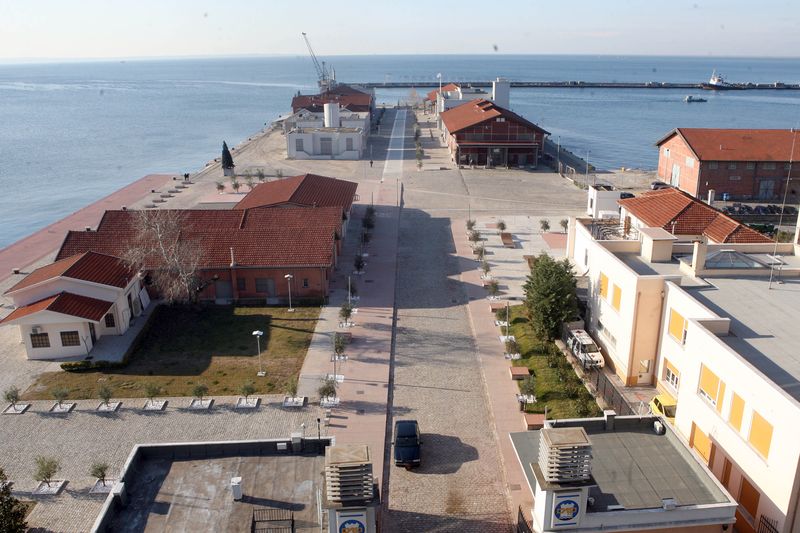 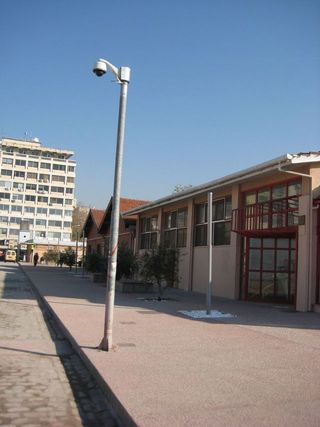 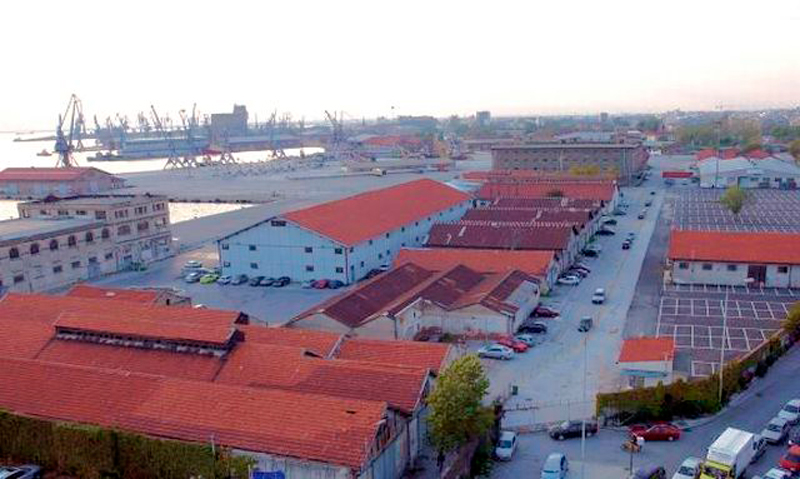 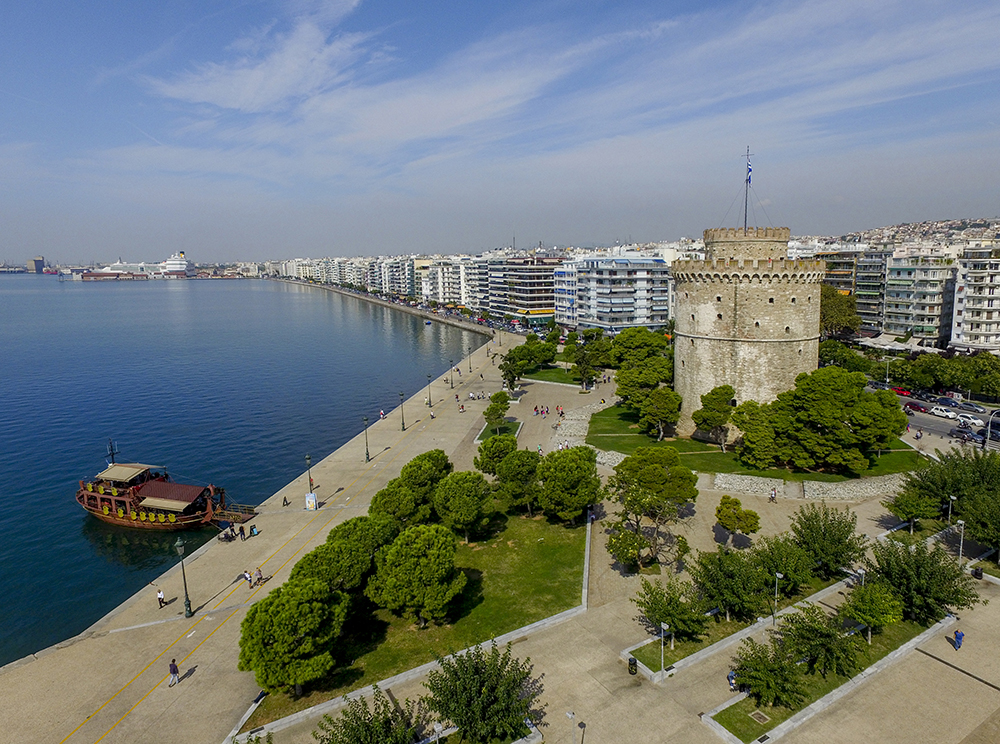 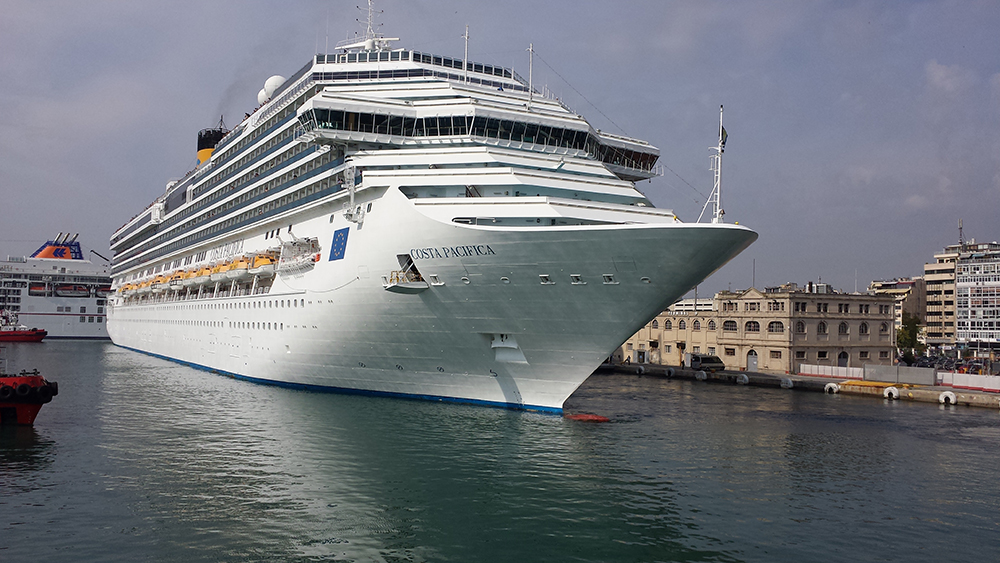 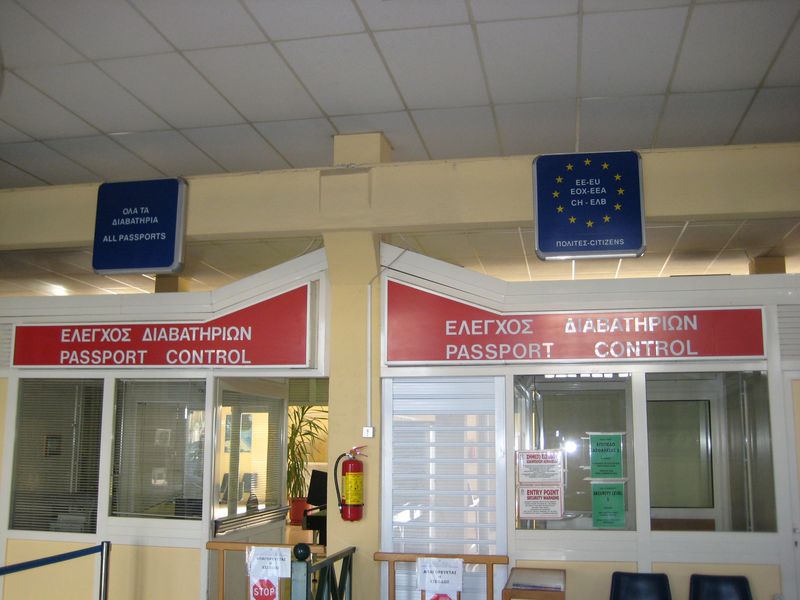 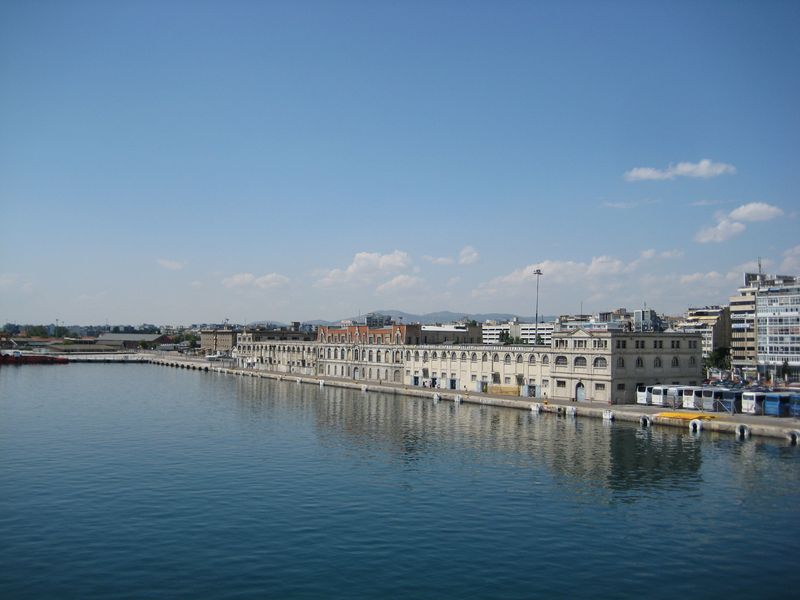 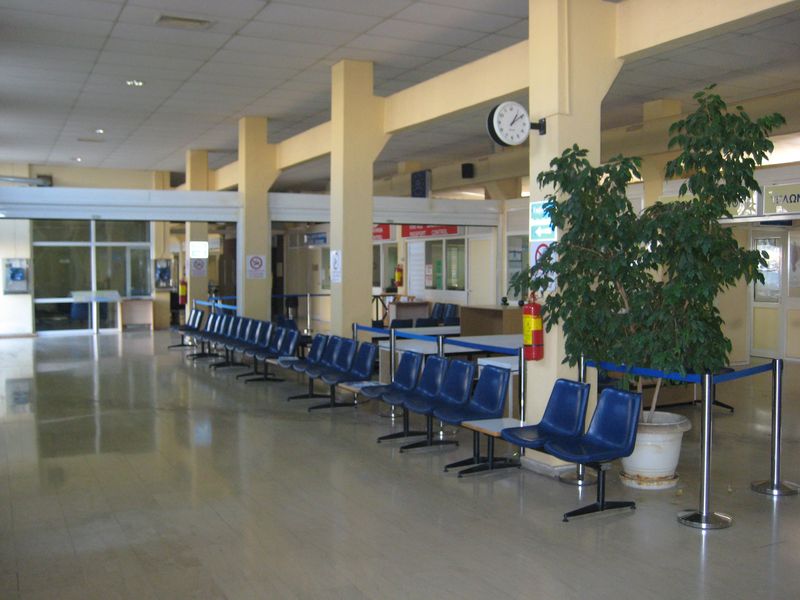 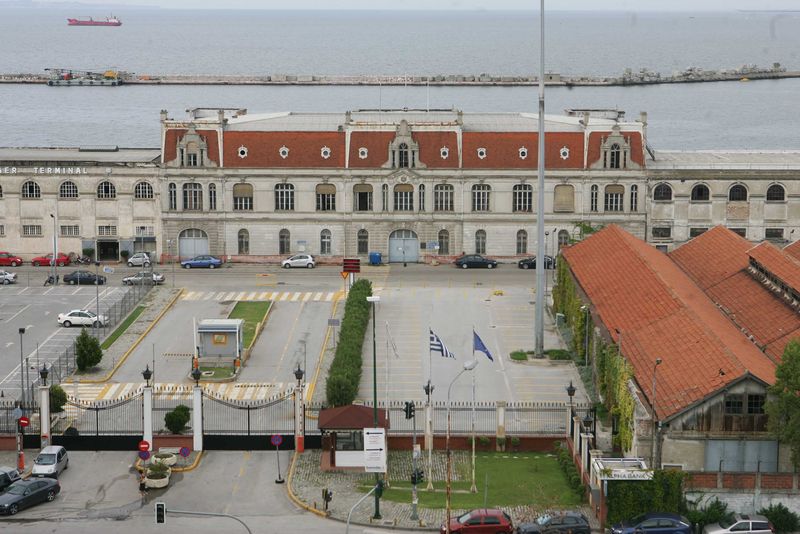 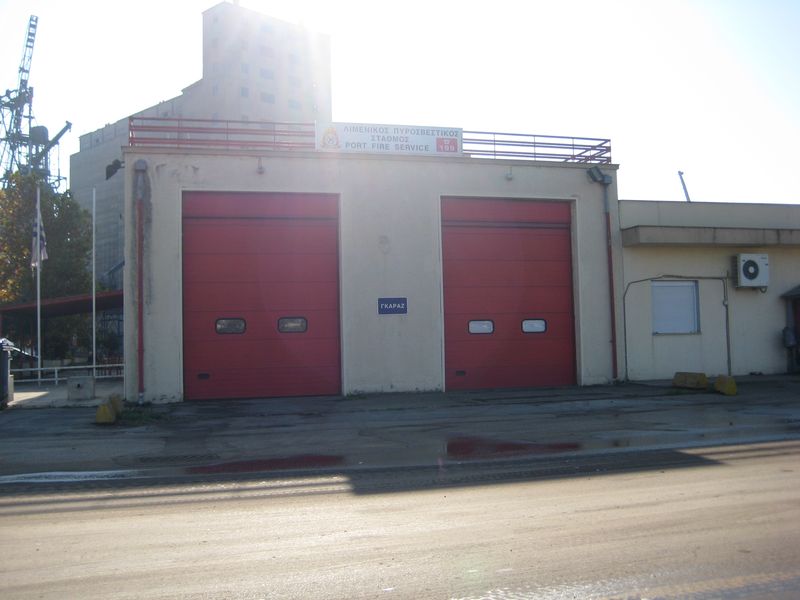 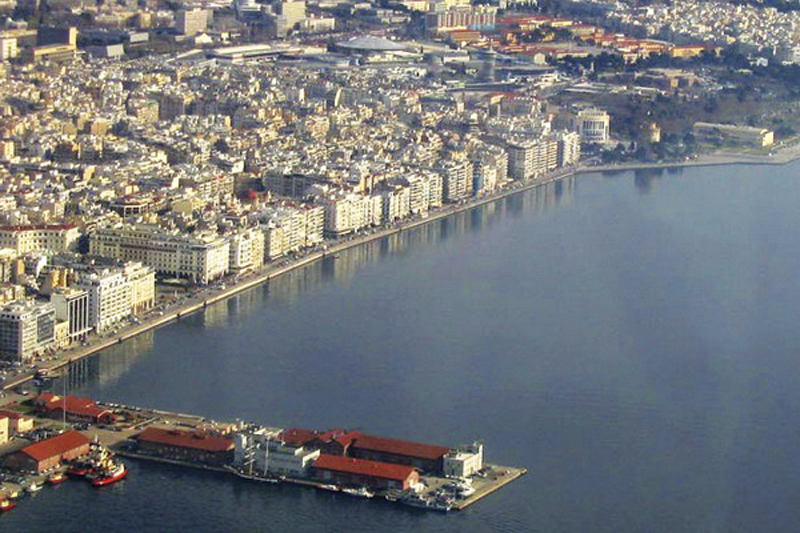