Katakolo is the terminal port for travelers wanting to visit the important archaeological site of Ancient Olympia, the place where the first Olympic Games in history took place.

The area has great and unique advantages for a cruise destination, with many alternative choices of tourism on archaeological and natural sides, ensuring variety and diversity.

Ancient Olympia. Sacred and global city, the sanctuary spreads over a majestic landscape that starts from the foot of lush Kronios Hill between Alpheus and tributary Kladeos.

In Pan Hellenic sanctuary of ancient times were held every four years in honor of Zeus, the most brilliant games of the Greeks, the Olympics, identified with the ideals of Peace, which for centuries forged the unity of the ancient Greek world.

In Sacred Altis (Grove) Olympia, life began with the dawn of prehistoric times (2300-2100 BC). The sanctuary was surrounded of wall that separated the temples and religious buildings from the secular. Prominent among the buildings was the temple of Zeus, built by the architect, handles. Also the temple of Hera, the Registry, the Prytaneion and Philippeion, were masterly edifices that adorned the interior of the sacred groves. Apart from the above, an important place in the history of Olympia, have the Palestra, the famous Stadium, the Gymnasium, the workshop of Phidias and the Theikoleonas, the Parliament House, the house and arch of Nero and Leonidaion. The evolution of Olympia was based solely on the Olympics and their impact on the Greek - and not only - the ancient world.

Today in Ancient Olympia, one can admire the archaeological site, the Museums of Ancient and Modern Olympic Games and the Museum of Excavations. 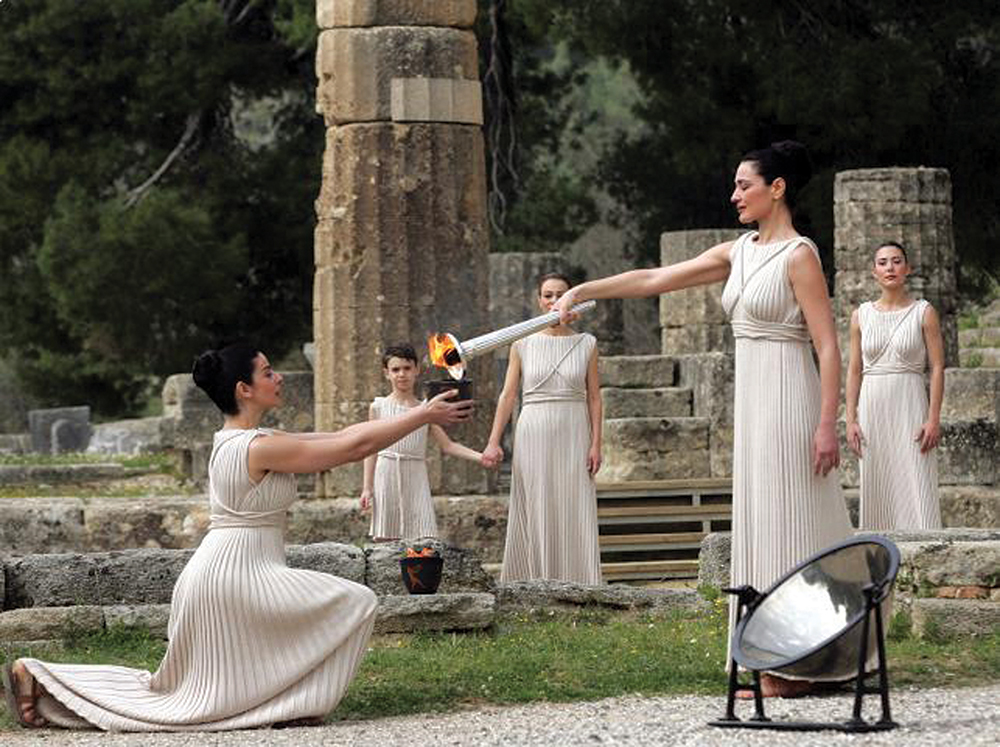 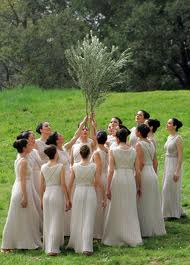 Agios Andreas. The beautiful and historic region that nowadays comprises a big amount of the tourists from the cruises that have as one their stations Katakolo port. Agios Andreas was named after the apostle Andrew who arrived there by boat during the years of the persecution of Christians and later he died as martyr to his faith. The area is full of archaeological findings-at its bottom the Ancient Pheias “is sleeping”.  In early 1970, a mission of divers- archeologists had set off much of it that is exposed to various museums in the country. Opposite the beach today there are the Korakas and Tigani islands, formed by the earthquake in the 6th century BC.

Beacon of Katakolon. On top of Katakolo Mountain, just one kilometer away from the port, the Lighthouse stands. Its light accompanies for over a century now the boats approaching the harbor at the ancient Pisces cape, at the outcome of which the village was built and was named Katakolo, meaning the back end of it. The Katakolo lighthouse was built in 1865 with the tower’s height to reach 9 meters. Recently the lighthouse of Katakolo was pronounced preserved historical monument of the region.

Central Square – Courthouse.  The historic hill of Pyrgos, and 13 km from Katakolo in Hill County began the creation of the Tower which built in 1512 by Bay. From there the current city was named. In the central square, there are monuments that recall the region's history and struggle of the people.

Central Public Library Tower. Founded in 1926 by a group of prominent citizens. The year 1971 became the Public Library Central and currently has 120,000 volumes of books of all categories.

Domain Mercouri. 2km from the port Katakolo Mercouri Estate is located in western Peloponnese, in Karakohori. It is an old, large farm with a history of 140 years in the production of wine, olive oil and oldest currants.

Museum of Ancient Greek Technology. The Museum is located on the east side of the main square of Katakolo, opposite the train station. It has about 200 reliable and functional models of mechanisms and inventions of the ancient technological miracle after a research.

Museum of Ancient Greek Musical Instruments & Toys. It operates at the  Latsis building next to the museum of ancient Greek technology and includes 42 ancient musical instruments accompanied with detailed descriptions and diagrams. The instruments are fully functional and their construction is based on ancient Greek literature and iconographers illustrations.

The two Museums are located at the entrance of Katakolo, and are approximately 50 meters apart.

Archaeological Museum of Pyrgos. It is housed in a neoclassical style building, probably the work of architect Ernestos Ziller, who served as the Municipal Market of the city of Pyrgos from the 19th to the early 20th century. The exhibition includes 1,120 artifacts from all over the prefecture that tell the story of Ilia from prehistoric to post-Byzantine times.

Skafidia Monastery. The female Monastery is located near the homonym village and has its celebration on the Assumption. The church of the monastery was built in the 6th century while today the Skafidia Monastery has quite a lot of tourism. It also has a Museum with various artifacts.

Church Agias Kyriakis Pyrgos. It is the oldest church in Pyrgos. It is Gothic and retains even today its characteristics. Inside there are paintings of great Zakynthian Tamvakis.

Church Agios Nikolas Pyrgos. Located in County square and it is the Cathedral Tower.

Harbor Beach:  Here no one goes for swimming but just for relaxation and dreamy pictures immediately after disembarking at the port. It Is the picturesque beach with the fishing boats that tie up ahead of it today, creating the image of a Cycladic island.

The beaches around Katakolo among the most beautiful beaches the Peloponnese some of them are Ntozi Beach, Renate, San Elias, Kingfisher, Stars, Aura, Crab Leventochori, LETRINA and Saracen, Matzakouras Skafidia. Most are sandy and easily accessible, are 3-8 km from the port and meet all tastes and needs of travelers. Reactively and the museum of the excavations.

Recently initiated TRAINOSE revived the historical route. Nowadays the train is again a favorite of tourists and local transport for travel from Katakolo in Pyrgos and Ancient Olympia. 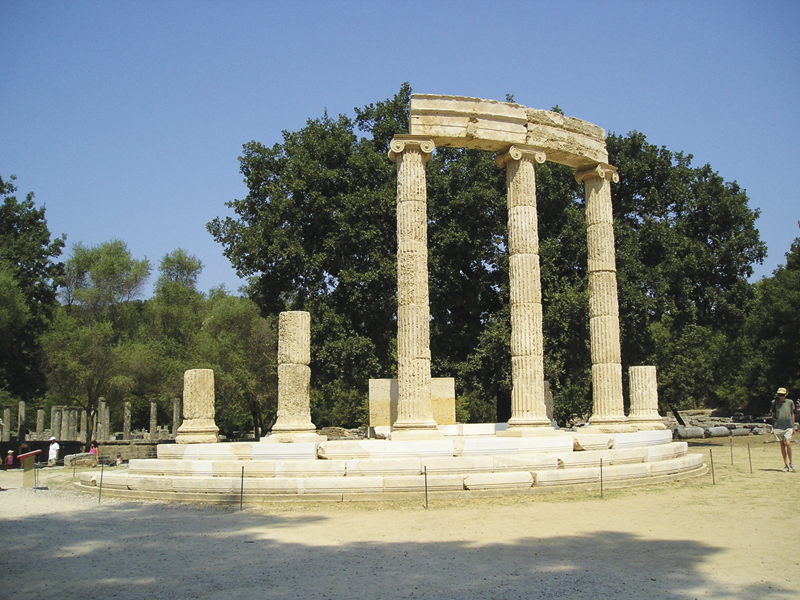 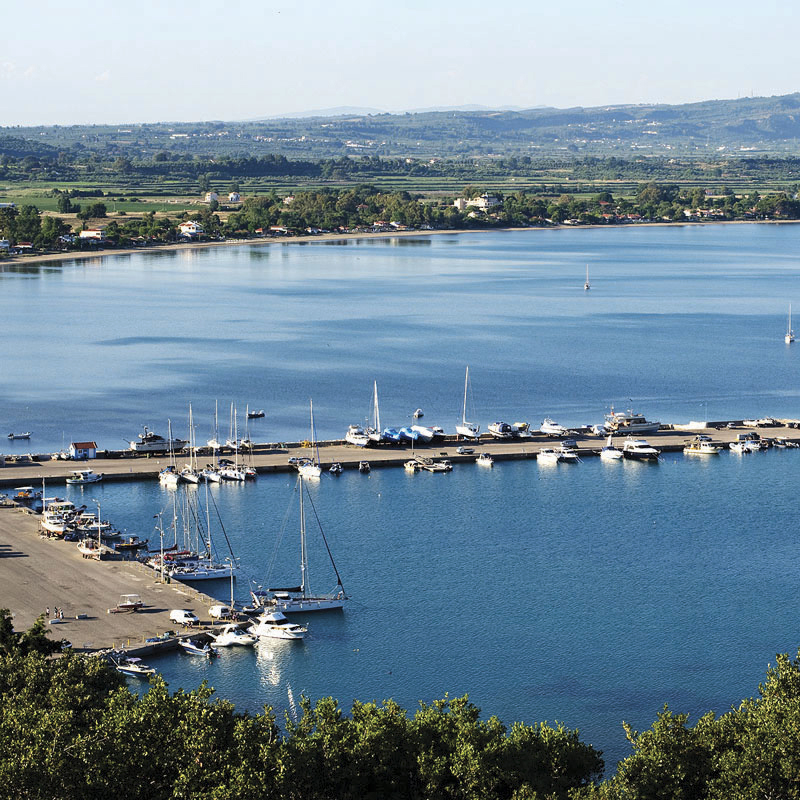 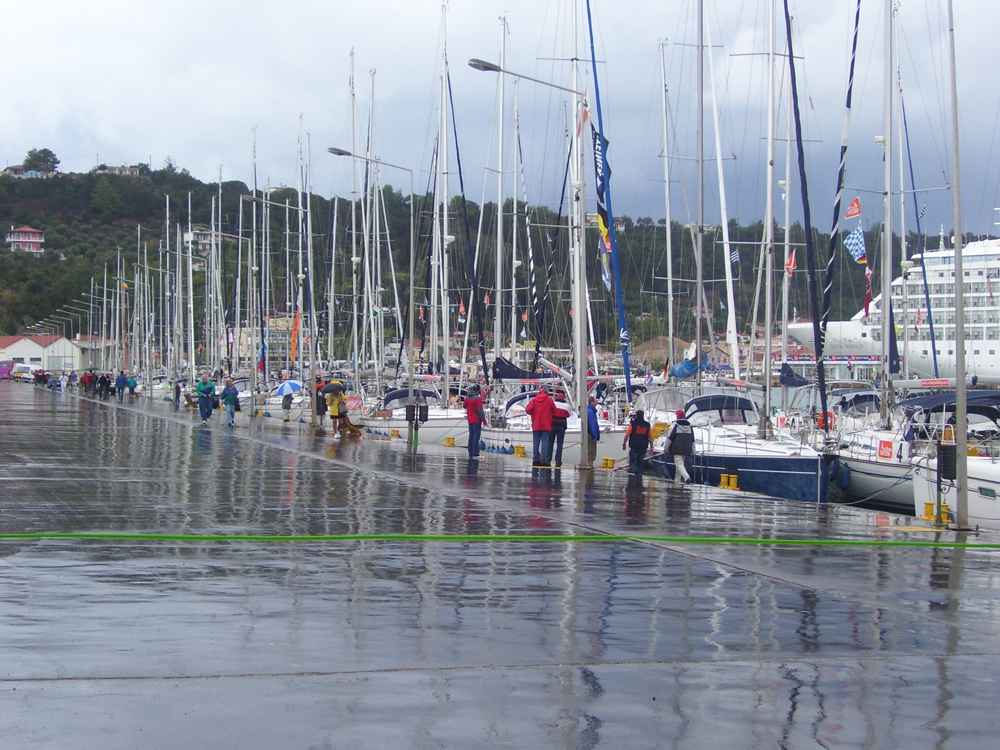 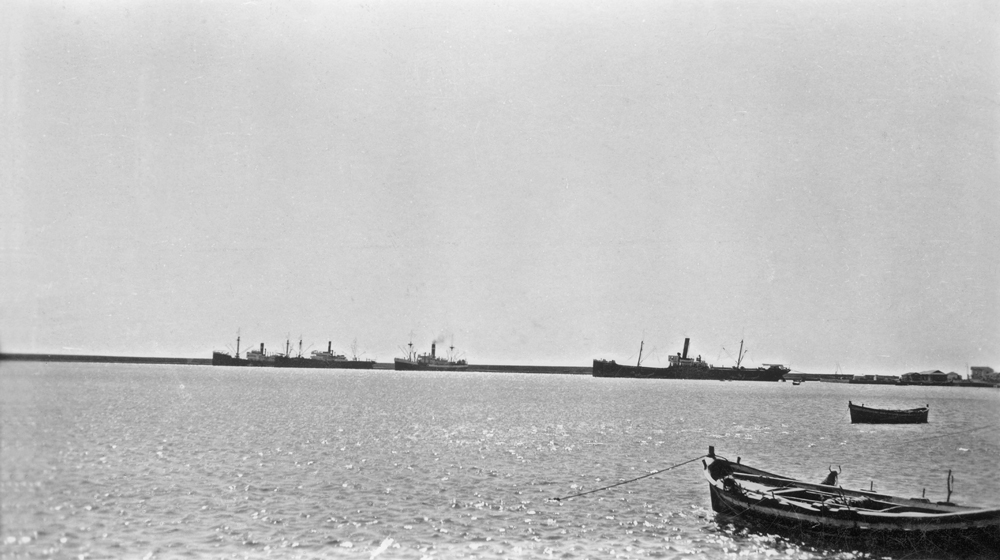 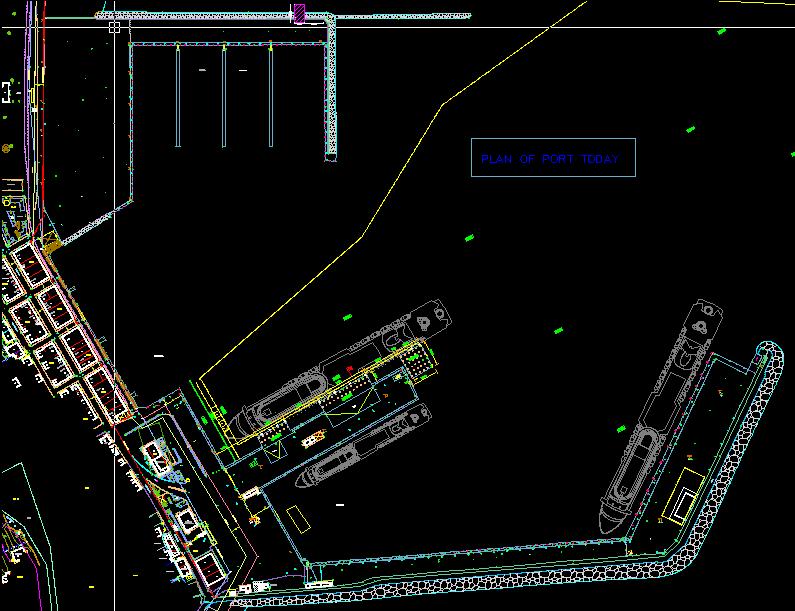 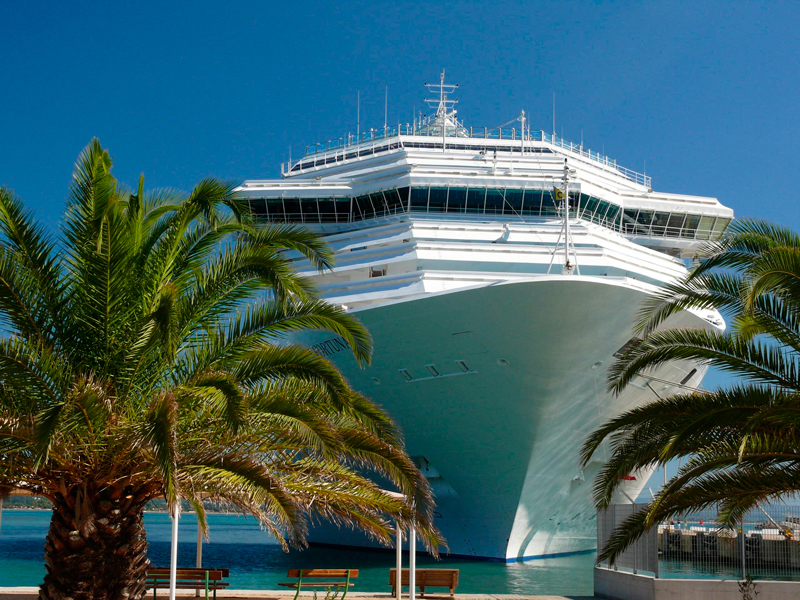 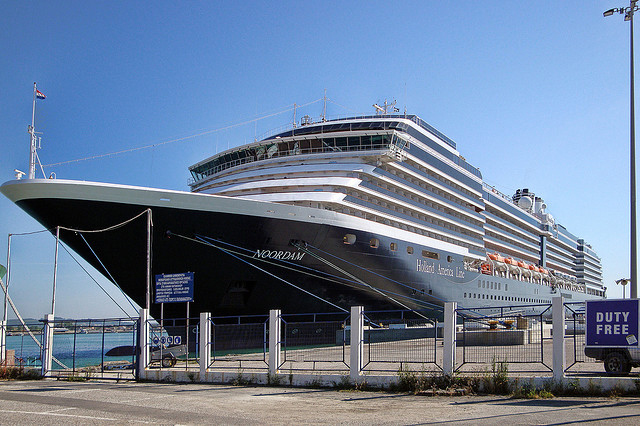 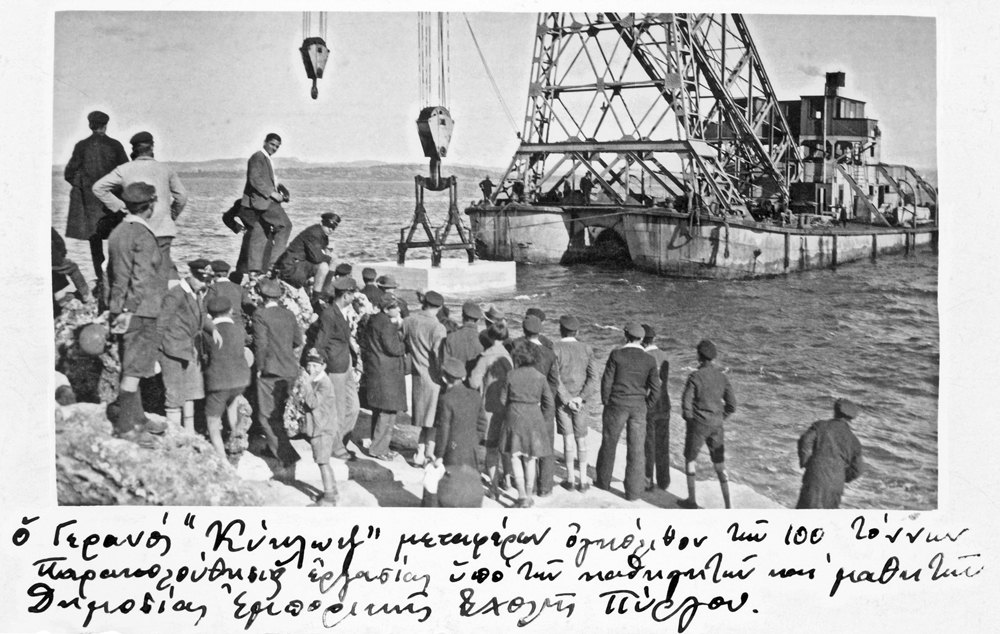 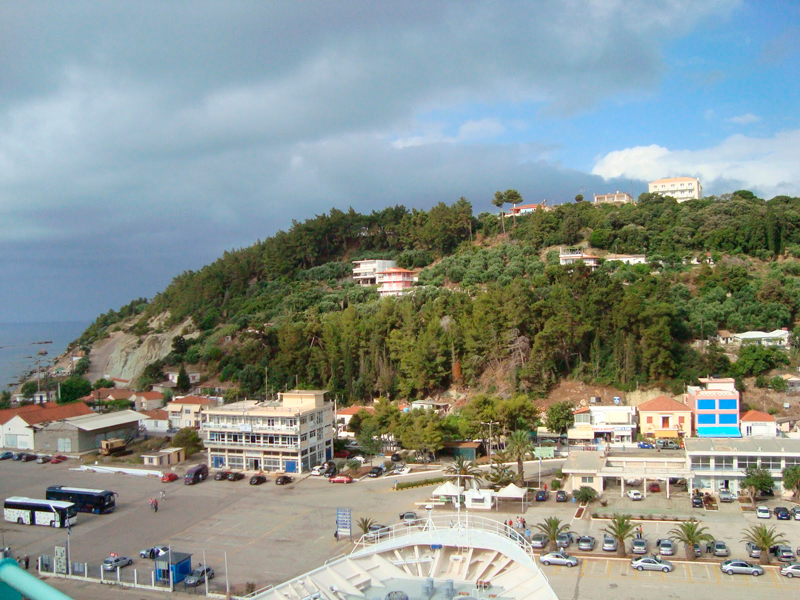 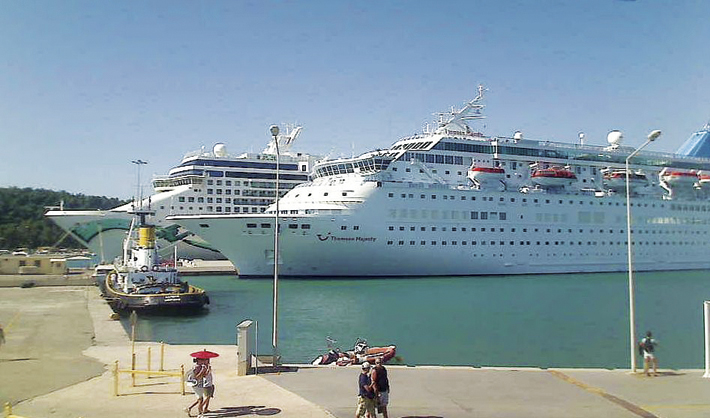 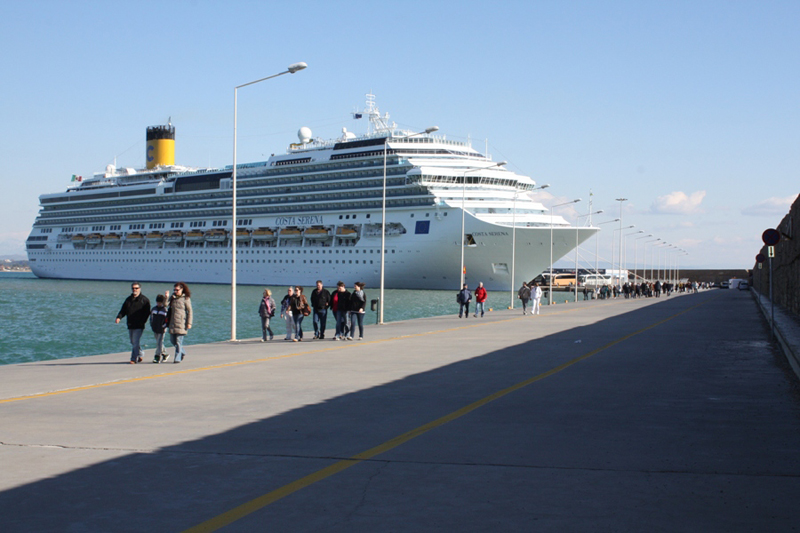 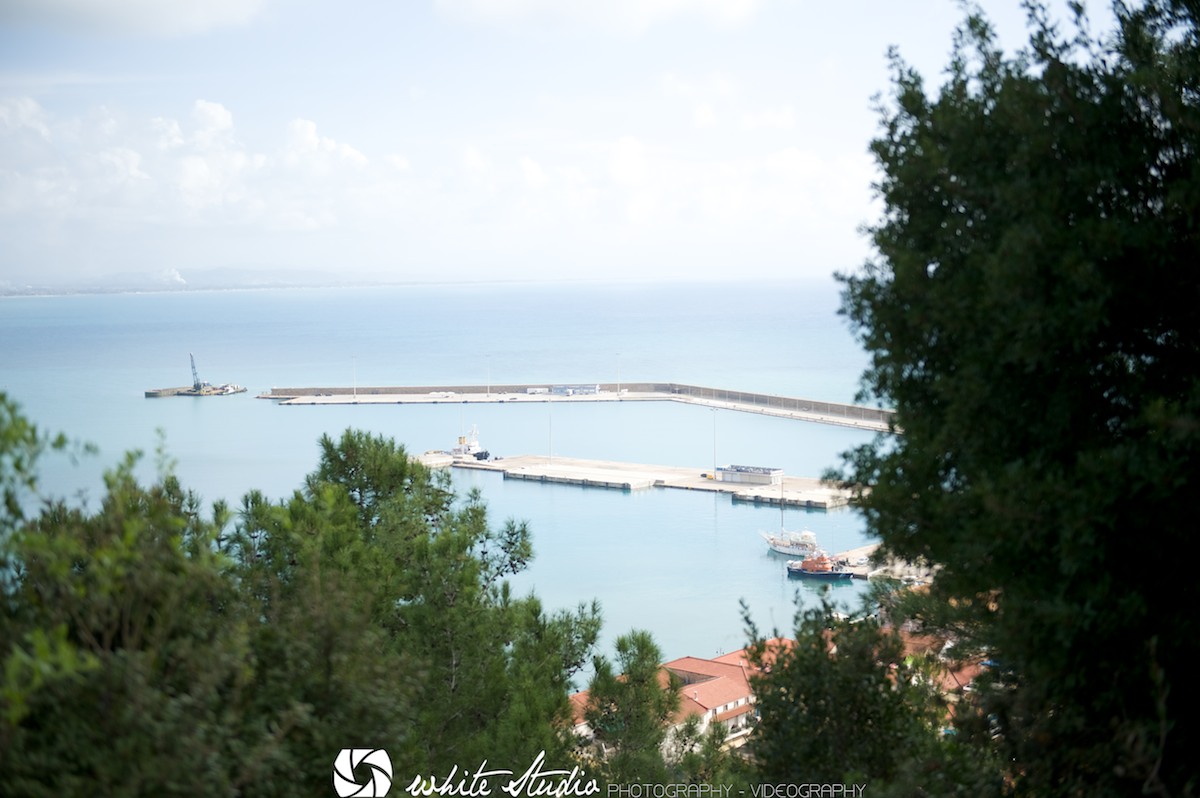 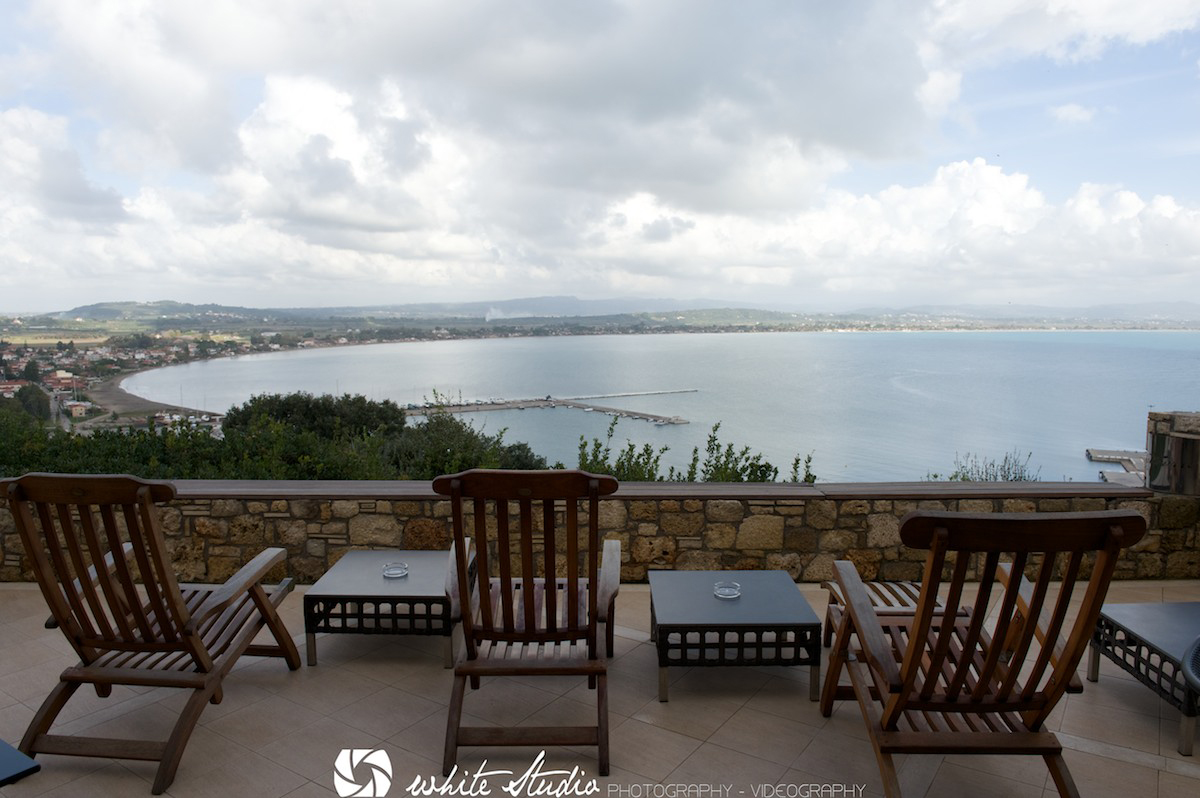