It is located in the southeastern Aegean between the islands of Leros, Mykonos and Samos. It is consisted by three parts that are connected between them by 2 narrow canals with a width of 2 km.

The first references to Patmos date back to the time of the great historian Thucydides, around the 5th century BC. Many findings on the island, however, are indications of human activity from the prehistoric period.

Called the “island of Apocalypse”, since it is where Apostle John Theologos (John the Evangelist), wrote the book of Revelation. It is an attraction for many pilgrims and tourists, it will enchant you at first glance and will entice you to discover it.

Cruise guests can start their tour of Patmos by:

Baptistery. Located in Skala (which is also the port of the island). Next to the Church of Agios Ioannis Theologos, are the ruins of buildings that were used as a "baptistery" in the early Christian era. Tradition says that St. John the Theologian was baptizing the Patmians there.

Sacred Cave of Revelation. Located on the hill between the settlements of Skala and Chora. This cave was the refuge of the beloved disciple of Jesus John (Ioannis Theologos) in 95 AD, when he was exiled by Roman Emperor Domitian to Patmos. There, with the help of his student Prohor, John wrote the last book of the New Testament, The Revelation. The Cave of Revelation is one of the landmarks not only of Patmos, but of Christianity worldwide. In 1999 it was declared a UNESCO World Heritage Site.

Holy Monastery of Agios Ioannis Theologos. The Monastery is built on top of Chora and dominates the entire island. It is an Orthodox monastery with a continuous historical and spiritual path for nine centuries. It was founded by the monk Latrinos in 1088 in honor of the Evangelist John. The relics, rare documents, images and other treasures of Orthodoxy that exist within the monastery are hard to gauge. In 1999 it was declared a UNESCO World Heritage Site. The monastery is surrounded by a castle built in the late 11th century.

Chora. Capital of the island and UNESCO World Heritage Site since 1999. It is built around the walls of the Byzantine Monastery of Agios Ioannis Theologos and has preserved until today the architectural features of the medieval settlement. Narrow, winding alleys with majestic mansions, small houses adjoining each other, compose its image.

Nicolaides Mansion. It is a two-storey Gothic-style house, built in 1705 in Patmos Town and is a typical example of the island's urban architecture.

Simantiri Mansion. It is a two-storey mansion built in 1625 by Smyrni craftsmen. Today it functions as a Folklore Museum.

Stavraka House. Located on the north side of Chora and was built in 1870. It is a classic example of a traditional Patmian house of the neoclassical era. Today it operates as an International Center for the Environment and Culture.

The Windmills of Patmos. Dated to 1588. They are built east of the Holy Monastery of Patmos, at the top of a hill. Since their restoration in 2010, they have been an extra jewel of the island, which was awarded by Europa Nostra. The first windmill, fully equipped, grinds wheat again today, turning it into flour and, at the same time, it serves as a living museum of traditional farming activities.

The Monastery of the Annunciation, the largest women's monastery in Patmos, is located in the southwestern part of the island in Kipoi. The icons and frescoes of the monastery date from the 15th to the 17th century. The monastery's rich library and its relic’s collection are considered famous.

Monastery Zoodochos Pigi. The Nunnery Zoodochos Pigi women's monastery is located southwest of the Monastery of Agios Ioannis Theologos in Chora and was founded in 1607. The church is decorated with frescoes from the 16th to the 18th century.

The Archaeological Site of Kastelli is undoubtedly the most important archaeological site of Patmos, where the ruins of the ancient acropolis and the foundations of Apollo's temple are preserved.

During the summer season, boats depart daily from the port of Skala for excursions to beautiful beaches and nearby islands such as Psili Ammos, Araki, Marathi, Makronisi, Aspronisi, Tiganakia, Platis Gialos (Lipsi) of Patmos, discovering the magnificent and secluded inlets of the island. 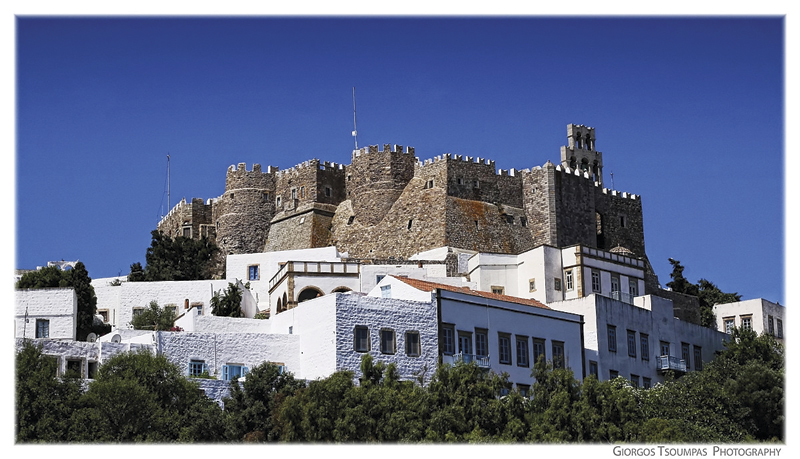 Castle of the city 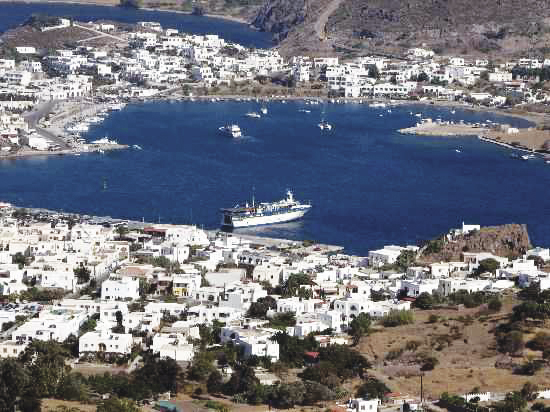 Cultural Events in the Municipality of Patmos (Summer 2019) 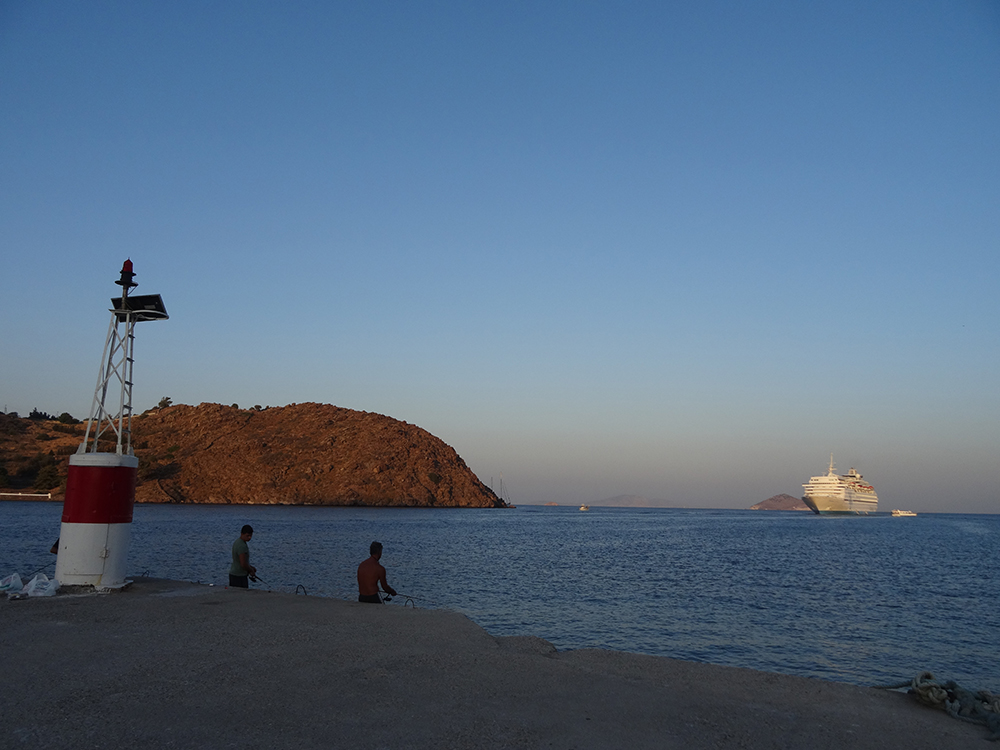 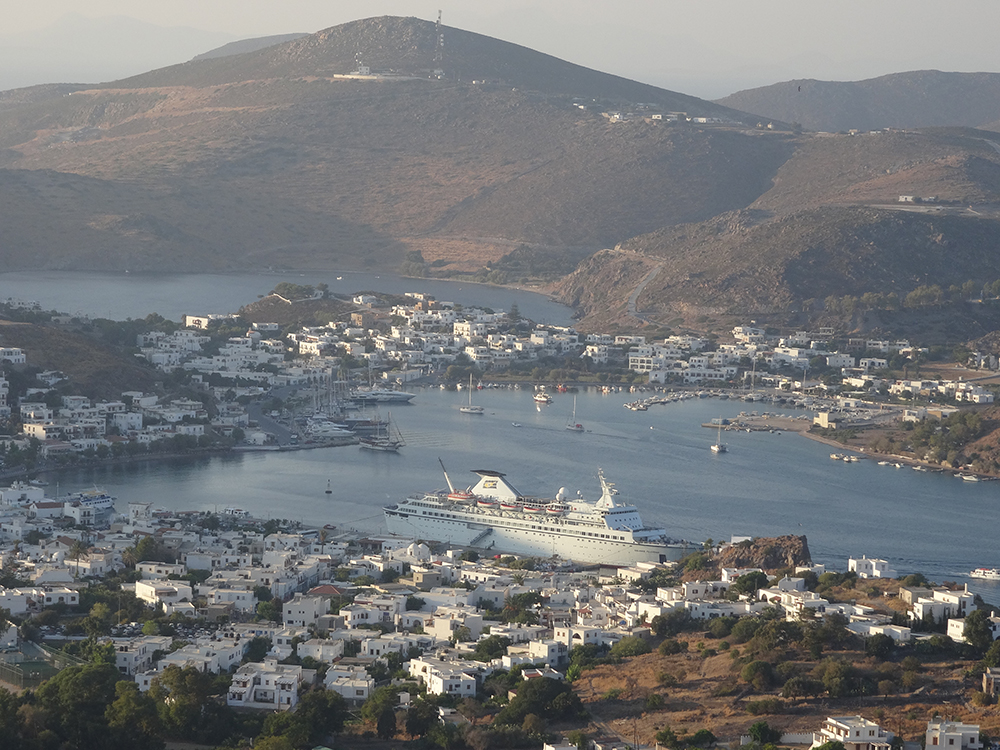 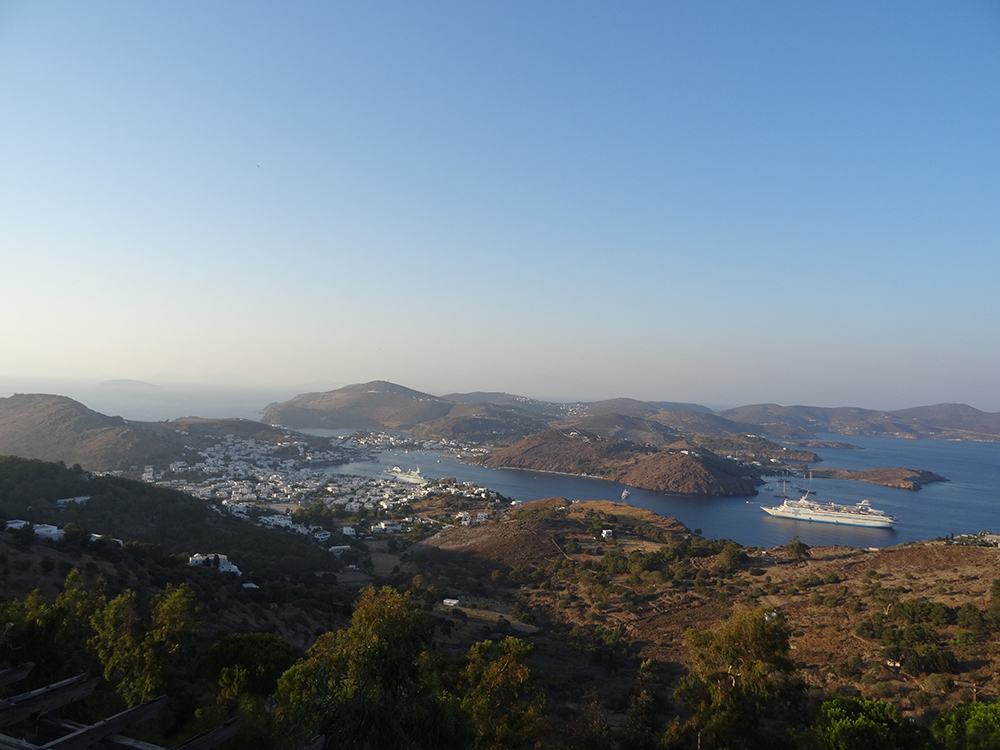 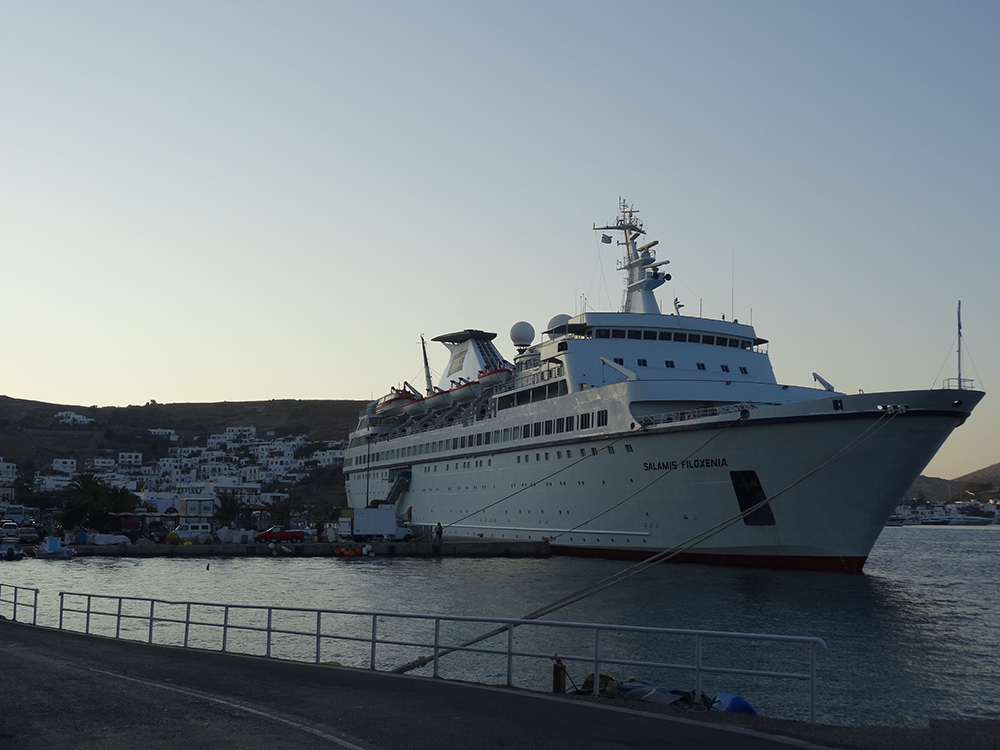 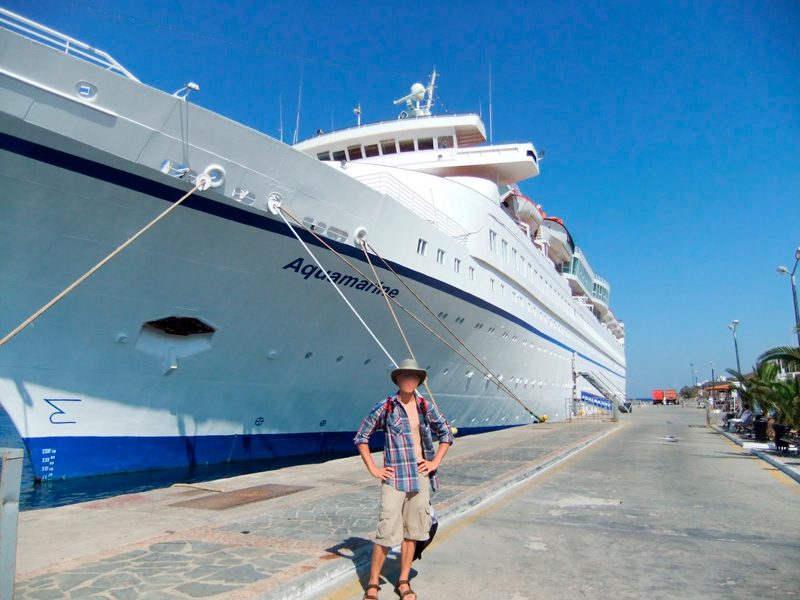 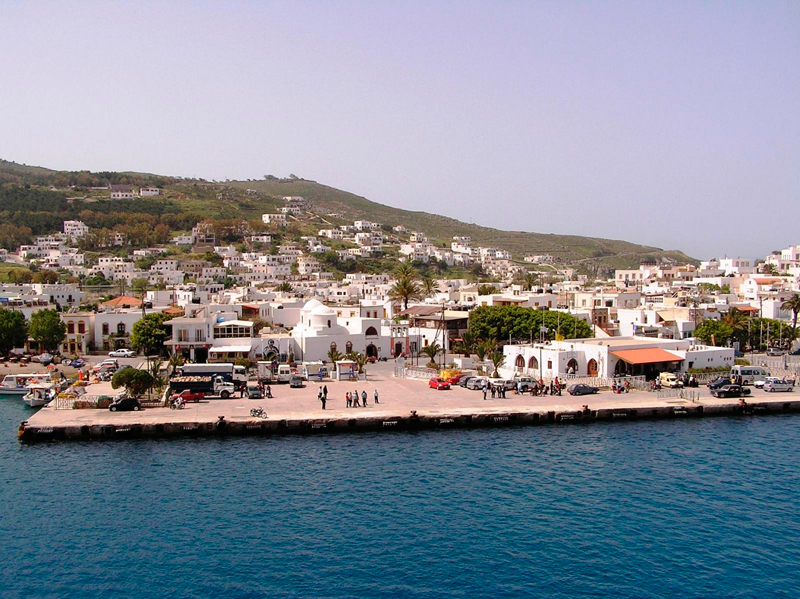 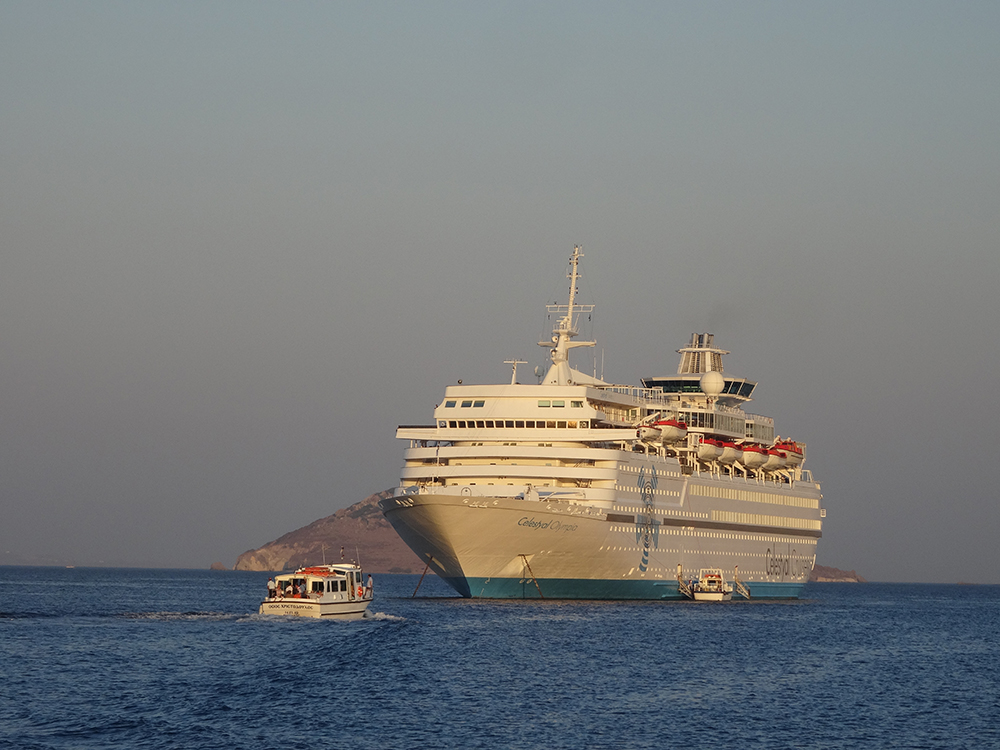 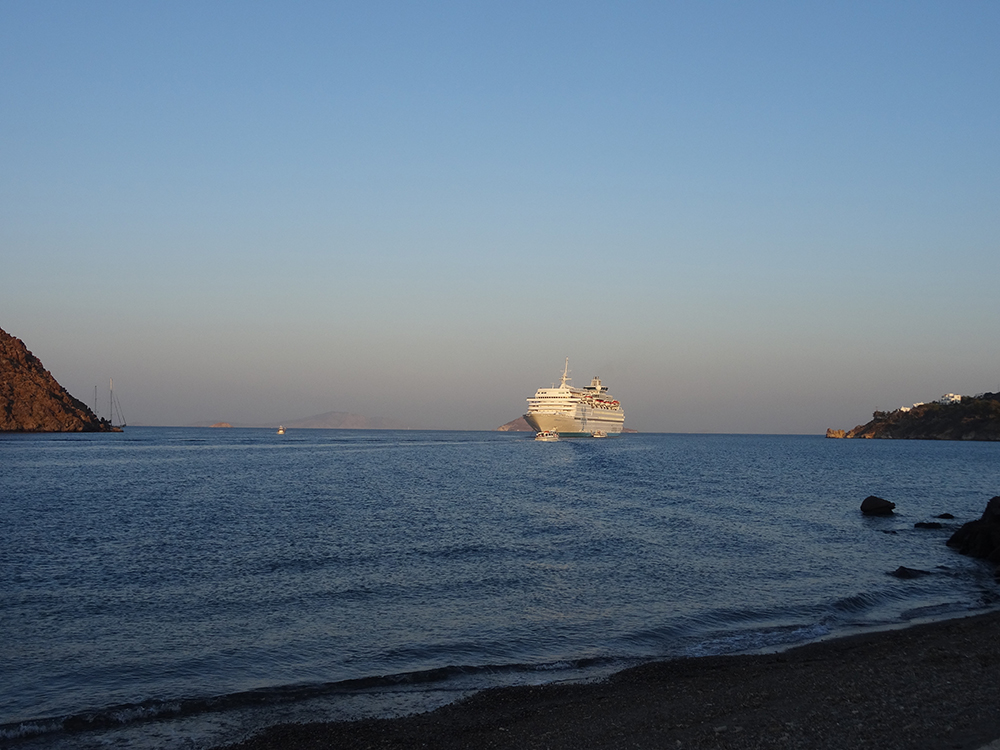 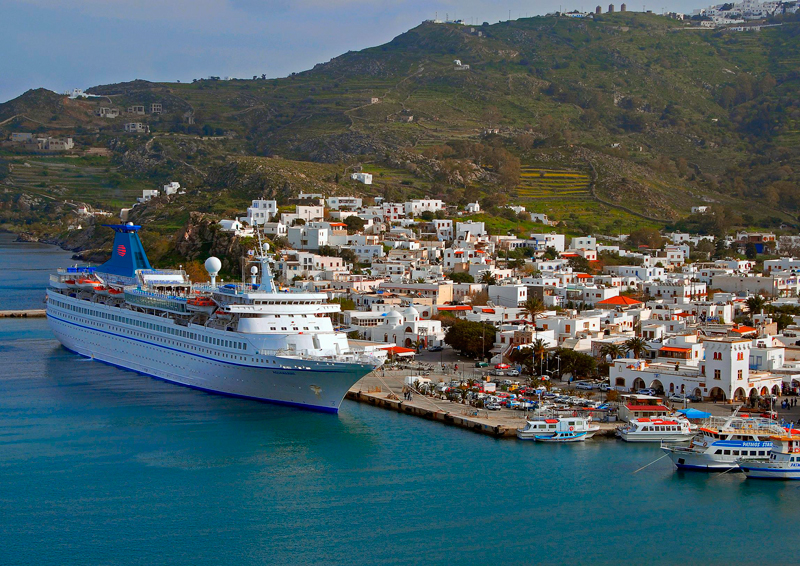 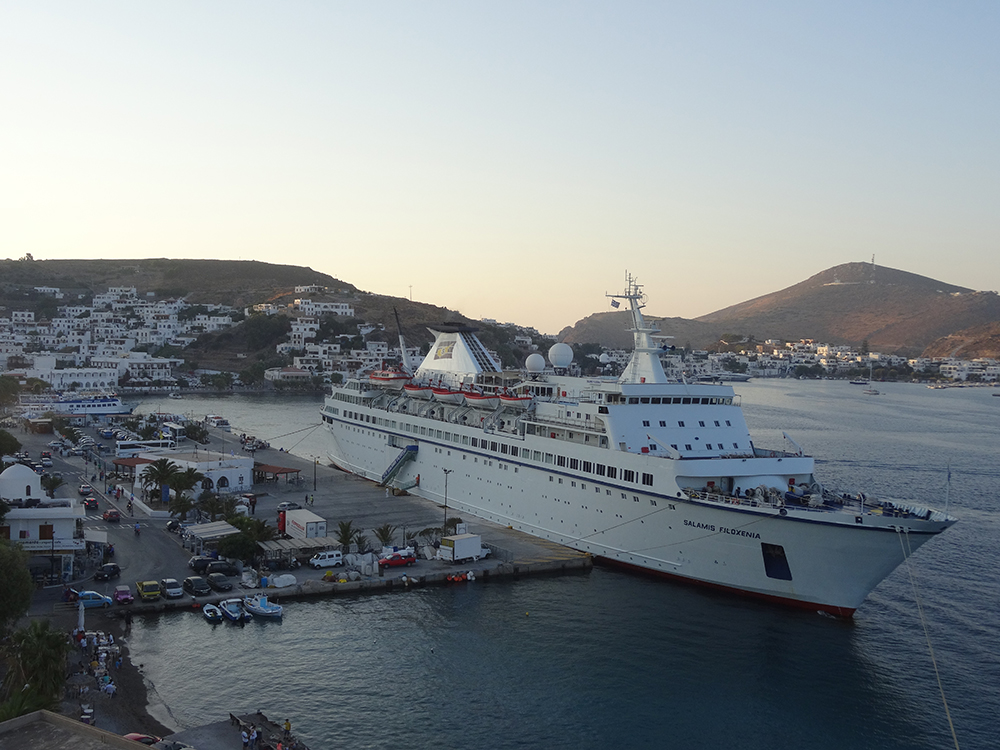