Lavrio is located at the southernmost point of Attica in the Lavreotic peninsula. It’s long coastline (15 Km), the National Forest of Sounio, as well as the significant archaeological and recent era monuments characterise it as an area of tourist and recreational interest.

Lavrion’s History. Its name originates from the word ‘’Lavra’’ or ‘’Lavri’’ which means narrow passing gallery, a characteristic of the area which is full of ancient and recent metallurgical mines. The area has been populated since the pre-historic ages (Neolithic Ages). The land has been rich in minerals, primarily silver and lead. The rich silver layers brought life to the area, with the ancient Greeks starting mining activities already before 3000 B.C. The mines of Lavrion became the open roads of power of ancient Athens (480 – 450 B.C). The mining boom eventually stops after a series of rebellions of the slaves working in the mines.

Mining works resumed in 1860, following centuries of inactivity, when the mining expert A. Kordellas informs the Greek governments about Lavrion’s wealth. The Italian–French company Hilarion Roux et Cie was the first to resume mining and metallurgical activities 1865 – 1873). Following the labour unrest of 1873, the Greek Metallurgic Company was founded (1873–1917), followed by the French Mineral Company of Lavrion (1875 – 1981). All metallurgical activities seized in the mid 80’s.

Today Lavrion is part of a development program, seeking to bring forward it’s historical and cultural heritage, while it’s port facilities are being upgraded to a national and international capacity.

Sounio at the tip of the Attica peninsula was inhabited from the early pre-historical ages. According to Greek mythology Aegeas, the king of Athens threw himself off the rock and drowned when he saw the black sails on his son’s -Theseas- boat and assumed he had been killed by the Cretan Minotaur. The myth claims that the sea surrounding the cape was called Aegean, after the tragic king. The people of Sounio in the earlier years worshipped two quarelling gods, Poseidon, the god of the sea and Athena, the god of wisdom.

The Poseidon temple at the cape of Sounio of Doric form was constructed in 444 – 440 B.C. during the Pericles period by white marble from Agrileza. It was built within the fortress the Athenians had erected at the end of the 6th century B.C. to protect the precious metalliferous area and the greater Attica region. On top of the adjacent hill lie the ruins of the Temple of Athena, constructed before 431 B.C. Ruins of the ancient market as well as other metallurgical findings can be found in the vicinity.

In recent years the Poseidon temple and surrounding areas have become a landmark of tourist attraction coupled by the breathtaking views of the sunset.

Makronissos or "Island of Helen or just Helen" as it was called before. The island is opposite Lavrio about 2.5 nautical miles. From 1946-1953, camps for political prisoners were set up on the island, where many people were deported, living in very difficult and inhumane conditions. In 1989 it was designated as historic site and the buildings of the camps as historically preserved.

The ancient theatre of Thoriko is considered to be the oldest of its kind, while also unique for its peculiar ellipsoidal shape. It was constructed on the south side of the Velatouri hill during approx. the middle of the 4th century B.C. There are also ruins of an industrial village and Thorikos acropolis.

The Technological and Cultural Park of Lavrio is an innovative project of National Technical University of Athens, which aims at reusing the facilities of the French Lavrion Mining Company. The building complex is an excellent example of industrial architecture, which has been declared a "newer monument" by the Ministry of Culture.

The district of Kyprianos is located at the entrance of the city. It is a historically protected area, consisting of dwellings built by the French Company to house its workers, the first workers’ homes in Greece.

Kamariza (ancient Maroneia) on the hills west of Lavrio, has a number of preserved dwellings of the mining village, as well as outdoor storage areas and wells.

“Perivolakia” the triangular park with palm trees which was made in 1880 by the former French Company a place for walks and recreation.

In the center of Lavrio visitors can admire the architecture of many neoclassical buildings such as:

Τhe old Primary School. It is located to the north of the central square and was built in the early 20th century (1901-1902). The architecture of the complex is worthy of admiration and study.

Old Town Hall. It is located in the main square. It is a two-storey building of particular architectural interest. It was originally used as a hotel by the name of "Britain" and today houses the city's historical archive.

The fish market, a group of buildings, which has a fountain in the middle and stone-paved with marbles from Argileza. It was constructed in 1885 by the Greek Company.

In Lavrion Port the visitors can see the highlight of the historic buildings of the area and the renovation of the surrounding area such as:

The current Town Hall is built in 1864 and that served as the management offices of the Italian-French company.

The main workshop of the Greek Mining Company, used to repair and maintain steam engines, railways and furnaces, currently transformed into a conference and meeting center, including a children library.

The Greek Company Foundry today is used as the Cultural Centre of the town.

The Clock is opposite the Town Hall. It was built around 1870 to 1880 by the Hellenic Metallurgical Society and constituted the entrance (concierge) of the company.

French Wharf (Galiki Scala). The iron staircase which lies to the east of the harbor was built in 1888 for easier loading and unloading of ore on the ships.

A.K.E.L Ceramic Museum-Panos Valsamakιs. It was developed by the Lavrio Research Company with the aim to house old clay items that were manufactured by the Ceramic Company of Lavrio (1941 – 1960).

The Archeological Museum, an exhibition of significant findings stretching from the Neolithic period to the first Christian centuries.

The Mineral Museum was established in 1986 by the Lavrio Research Company where about 700 pieces of rocks and minerals are displays (total collection approximately 1500 pcs). They are all extracted from the surrounding areas and some of them are unique worldwide.

The National Forest of Sounio, spreads from Plaka all the way to Cape Sounio and Legraina, enclosing a significant archeological, mining and ecological park, with interesting flora (example the Lavrio centauria which grows in this area only) and fauna as well as peculiar rock formations, left behind by thousands of mining years. 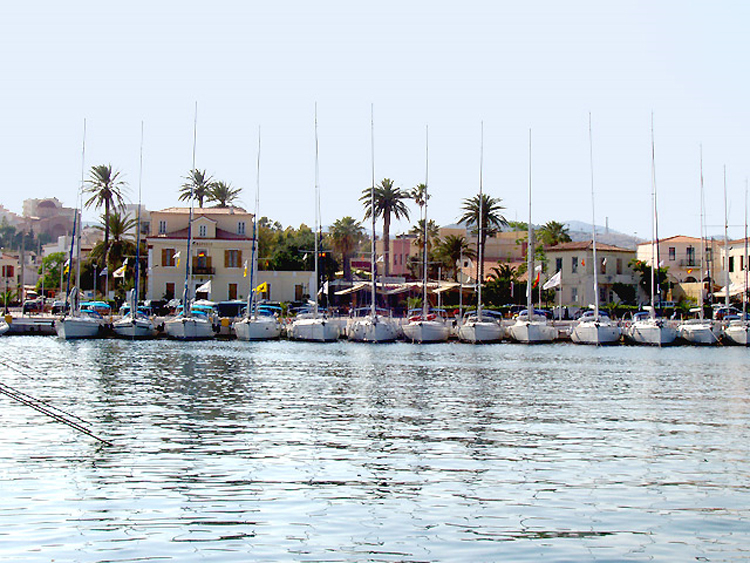 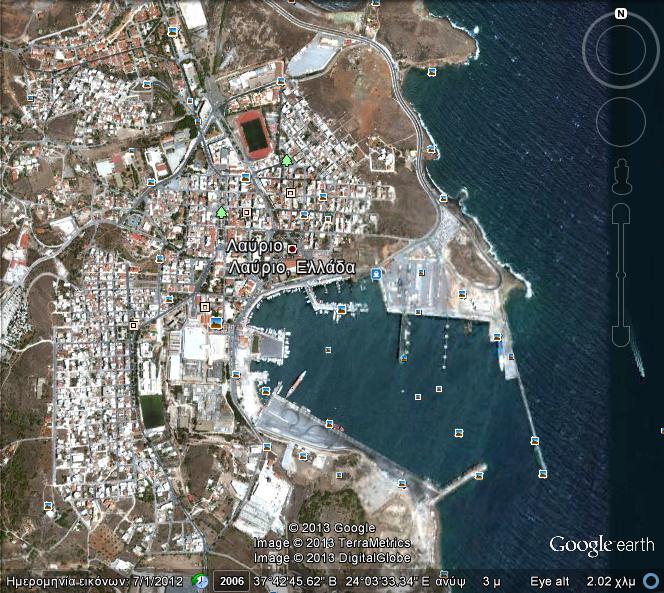 Cultural Events in the Municipality of Lavreotikis (Summer 2019) 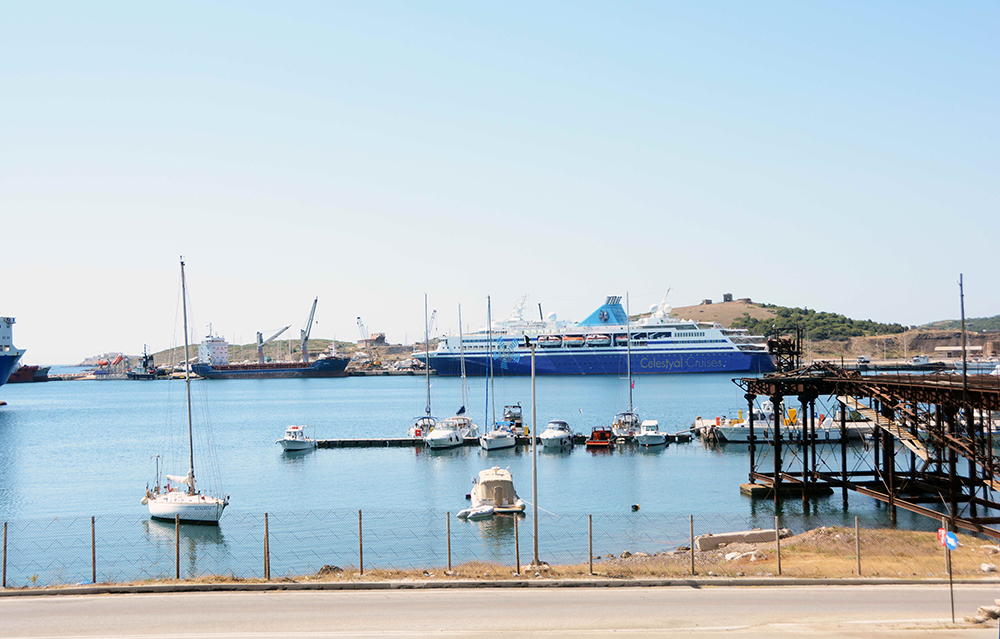 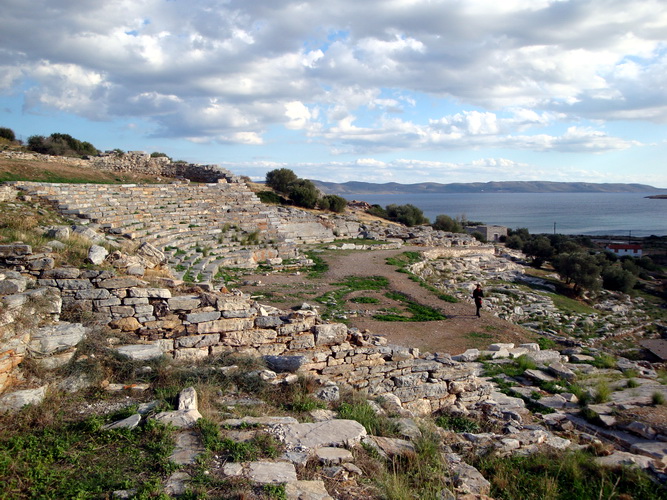 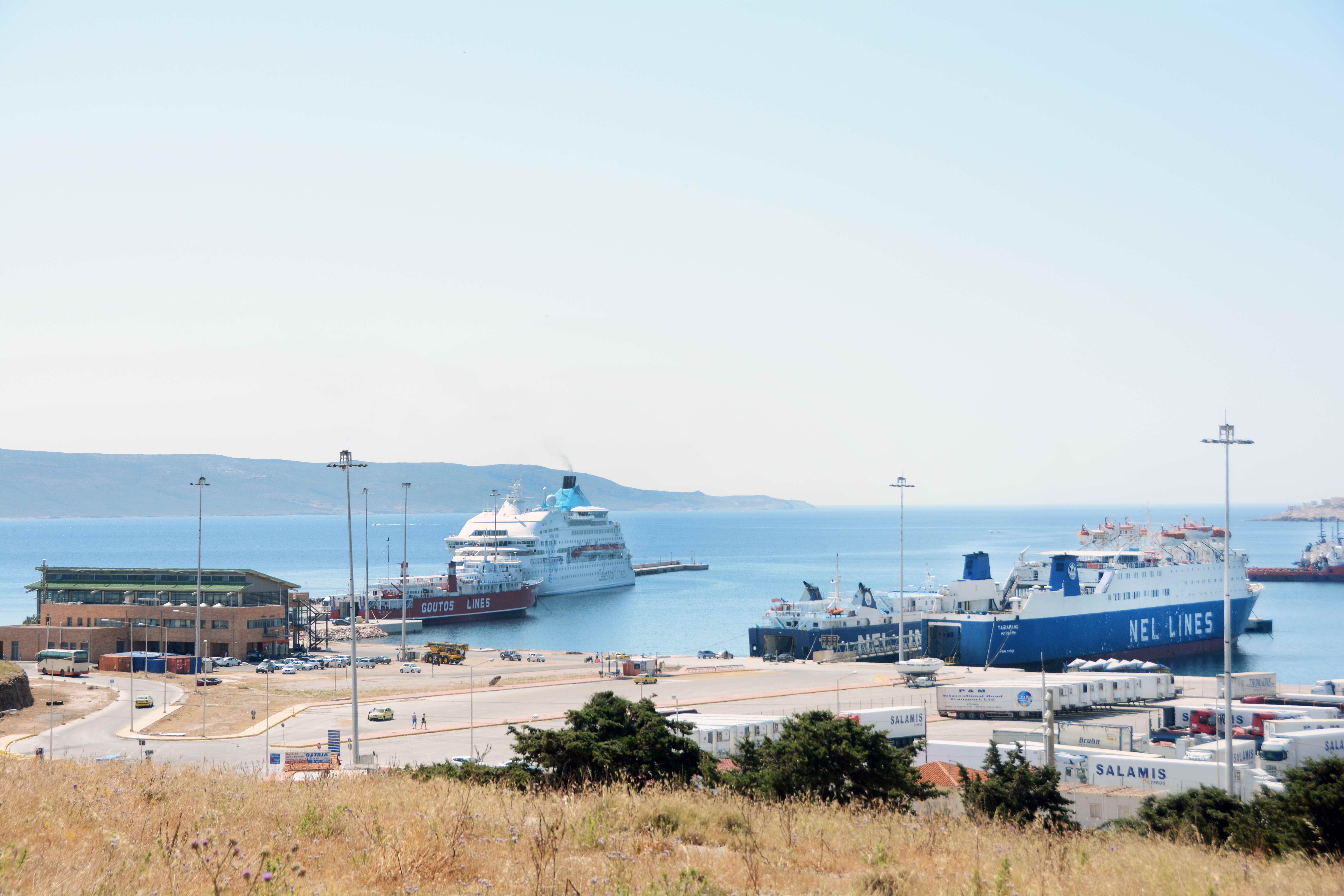 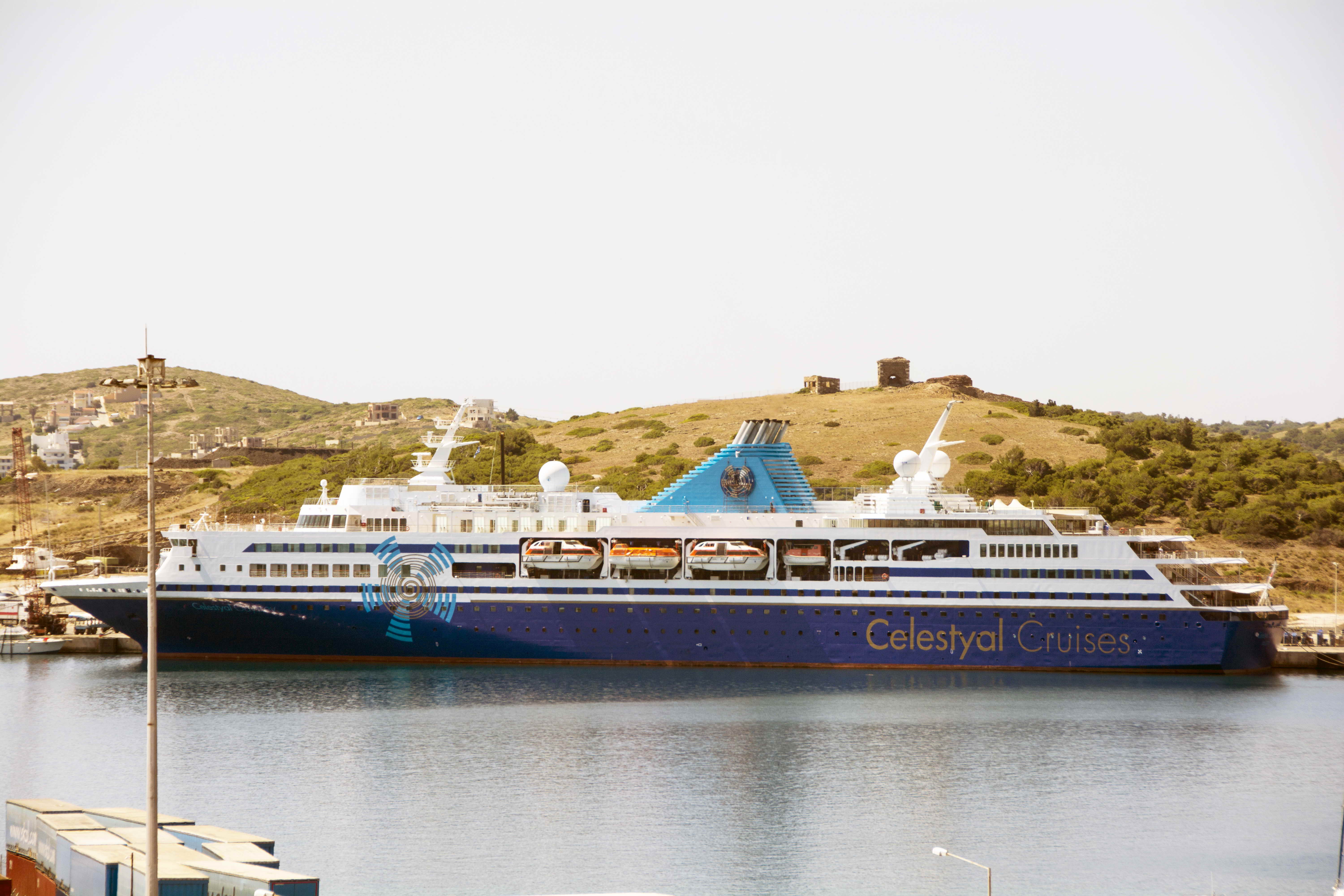 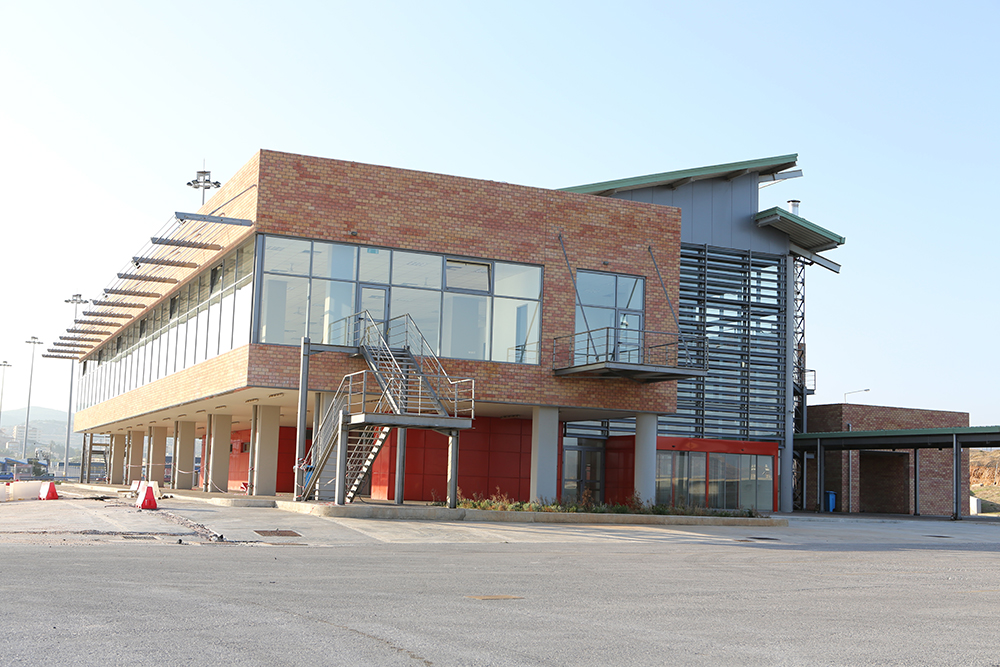