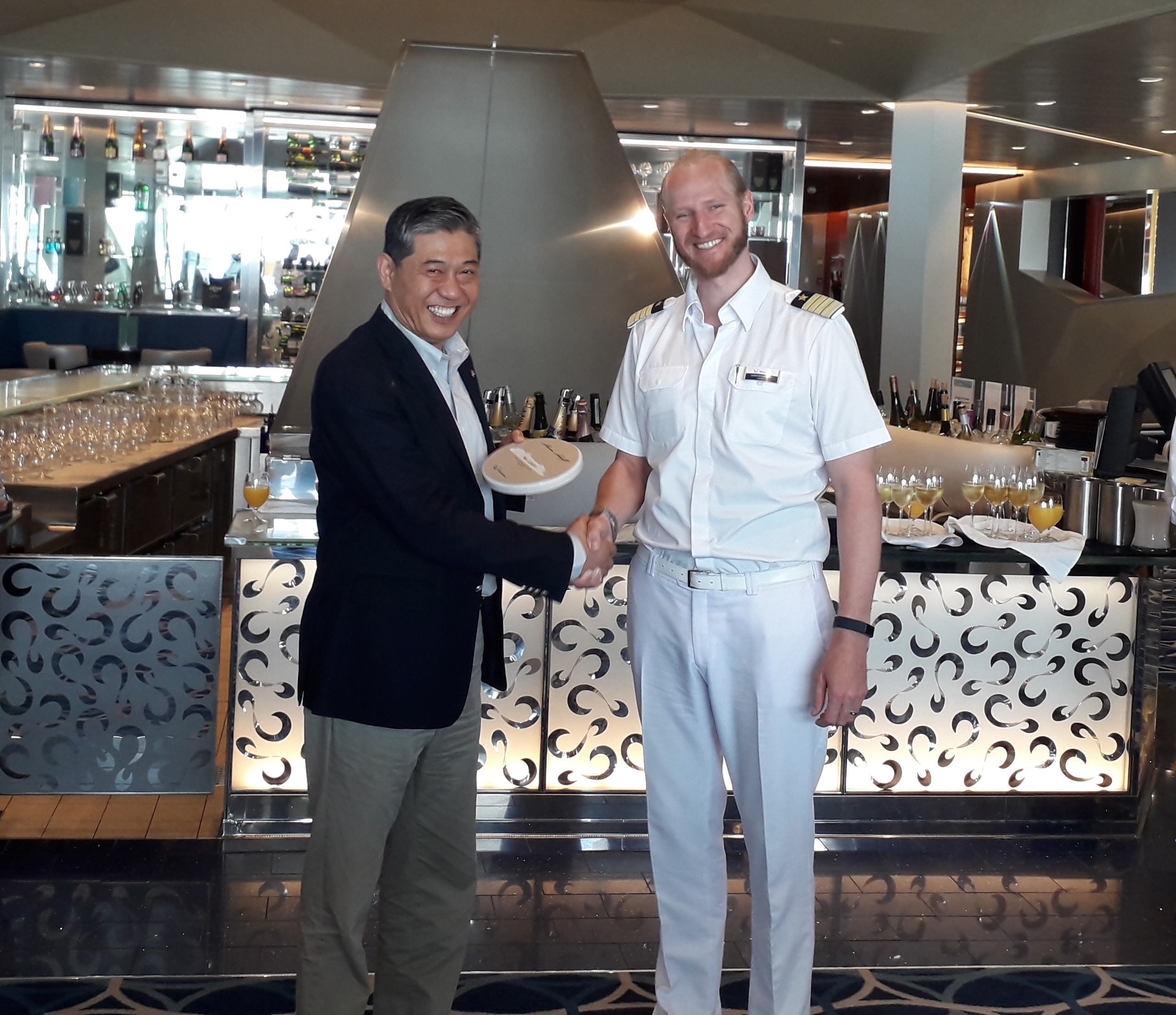 Welcome to the “Mein Schiff 4” cruise ship by the Management of PPA S.A.

The ship’s Master Mr. Naneder Sebastian warmly welcomed Cpt. Weng Lin, Deputy CEO of PPA S.A. and during the exchange of honorary plaques, he thanked the Management of PPA S.A. for the visit and for the good cooperation in general.

It is also noted that last week, with the collaboration of the cruise ship “Jewel of the Seas” and the participation of the coast guard and other institutions, a large-scale exercise was carried out in the cruise area under the ISPS Code, aiming at the best possible preparation of the involved parties against terrorist attacks and crisis management.