Chios is the fifth largest island in Greece. Its geographical location has created the conditions to develop its shipping and in particular to play an important role in international maritime data.

According to mythology, the island was named Chios, which was son of Poseidon or Oceanus. Archaeological excavations in Chios have revealed traces of habitation since the Neolithic period (6000-5000 BC). Its city was built by the Ionians just before 1.000 B.C and the northern part of the island by the Aeolians. It had a huge port for 80 ships, a theater and a large temple dedicated to the goddess Athena.

In Chios Island, the past is harmonized with today, tradition meets human evolution, making every corner of this place a special one.

The geographical location of Chios (a focal point in the Aegean on the way to the Black Sea), its naval power, the sailing spirit of its inhabitants, and the beneficial mastic that flourishes worldwide exclusively in its southern part have, made the island one of the most important places of the World Trade Map.

Island villages built as stone castles with narrow cobbled streets, the endless seas, the mountains, the fertile plains, churches and proud castles make up the magic of the island.

The fertile land gives the scourge of the island. The unique and versatile ‘’Mastiha’’, is the product emblem of Chios which makes the island a prestigious and proud producer of natural resin on a global scale. The cultivation of ‘’Mastiha’’ tree has been recognized and registered by UNESCO in the catalog of humanity's intangible cultural heritage.

The tourist destinations of Chios are full of pictures and experiences for visitors. Cruise guests can start their tour of the city of Chios by:

Medieval castle. The building of the fortress dates to the end of the 10th century and mainly to the 11th century at the site of the ancient city.

Historical high school of Chios. It was built in 1792 and functioned as a high school. Today it houses the Diamond Korai Library.

Ottoman Mosque (Metzitiye). It was built in the mid-19th century and today functions as a Byzantine Museum.

Aplotaria. It is the main shopping street of the city, where most of the neoclassical buildings of the 19th century and the beginning of the 20th century are located.

Archaeological Museum. Located in the city of Chios it contains samples of the daily life and art of the island's inhabitants from the Neolithic period up to the late Roman years.

Byzantine Museum. It is housed in the 19th century ‘’Metzite’’ Ottoman Mosque. The museum exhibits Early Christian and Byzantine sculptures as well as during the Genovese and Turkish periods.

Adamandios Korai Municipal Library. It is housed in the Historical High School of 1792. The library has 135,000 books. An invaluable treasure of the Library is the donation of the Great Napoleon in honor of Adamandios Korais consisting of 14 illustrated volumes of 1809.

Maritime Museum. Located in the city center of Chios, it is housed in a mansion of the 20th century. The museum exhibits models of sailboats, merchant ships, paintings as well as ship segments and other nautical items. It is a time of the development of Greek shipping through the centuries.

Kallimassia Folklore Museum. It is located 13 km from the town of Chios. It is the largest museum of its kind in Greece. The museum exhibits objects and tools from the activities of the islanders.

Chios Mastic Museum. The Museum is located 25 km from the town of Chios, in ‘’Mastichohoria’’ of South Chios near the village of Pyrgi. The aim of the Museum is to highlight the productive history of cultivating and processing mastic. The Museum's exhibition starts from the outdoor area where the mastic trees are presented and gives visitors the chance to see the natural mastic on the tree before being collected, to continue its journey through the various stages of production. There are various machines presenting the mastic processing in the Museum area.

Emporios archaeological site. It is located 30 km from the city of Chios. Archaeological excavations have revealed the remains of a settlement of the early 8th century BC as well as the fortified Acropolis of the settlement, with the Megaro (the seat of the leader), the altar and the temple of Athena.

Daskalopetra. The rock above the homonymous beach of Vrontados is one of the most famous monuments on the island. It was closely associated with Homer's tradition and was considered the school of the great poet.

New Monastery is located 15 km from the city of Chios. It is in an old historic monastery, founded in 1042 AD. It is built in Byzantine style and is known worldwide for its fine mosaic art. The museum of the monastery exhibits specimens of 18th and 19th century ecclesiastical and secular silverware, as well as icons of the same period. It is part of the UNESCO World Heritage Sites.

Church of Our Lady of Krina. It is located 10 km from the town of Chios. The well-preserved church is a small-scale replica of the cathedral of the New Monastery with magnificent 12th-century hagiographies. A.D.

Church of the Holy Apostles. It is located in the village of Pyrgi 25 km from Chios town. It is a small copy of the cathedral of the New Monastery and is a perfectly preserved Byzantine monument.

Monastery of Saint Markella. 45 km from the town of Chios near the village of Volissos, there is the important pilgrimage of Saint Markella, patron saint of the island, who witnessed this location around 1500 AD.

Monastery of Mundon. It is located 30 km from the city of Chios. It is built  in royal style and was founded in 1574. It has a rich library and has become the core of theological studies.

Monastery of Saint Mark. It is located 15 km from the city of Chios. It was founded in 1886. It provided important services to the Greek army during the liberation of the island from the Turkish occupation in 1912. A rich library is preserved today.

Chios offers unlimited excursions to all the villages and areas of the island:

Vrontados is a seaside town. There is also Daskalopetra where Homer taught his students.

Volissos, a traditional village with narrow streets, stone mansions and old houses. It is rumored to be the birthplace of Homer.

Kardamyla is known for its traditional architecture and its stone-built houses.

Anavatos, medieval - Byzantine village located in the center of the island.

Kambos, is a village widely known for its lush citrus orchards and old mansions.

Mesta is the most well-preserved "Mastichohori" of Chios. It is a medieval village, one of the most beautiful castles on the island.

Pyrgi is a village rich and important from folklore, archeological and linguistic point of view.

Olympus is a medieval village of the 14th century, designated as a preserved monument. 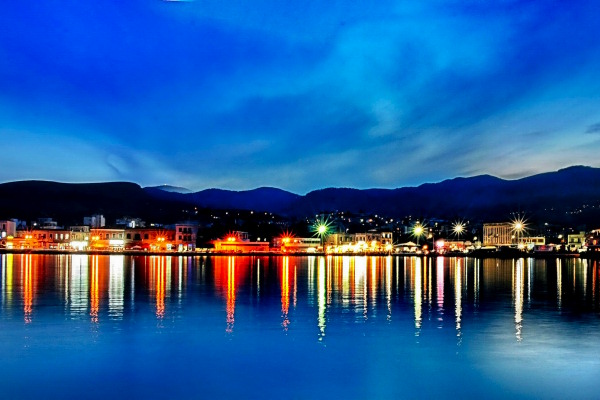 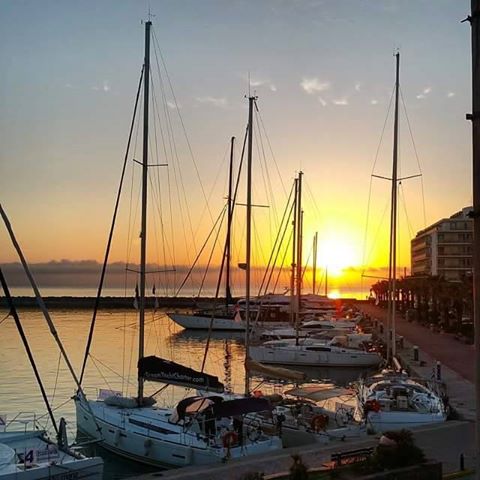 Cultural Events in the Municipality of Chios (Summer 2020) 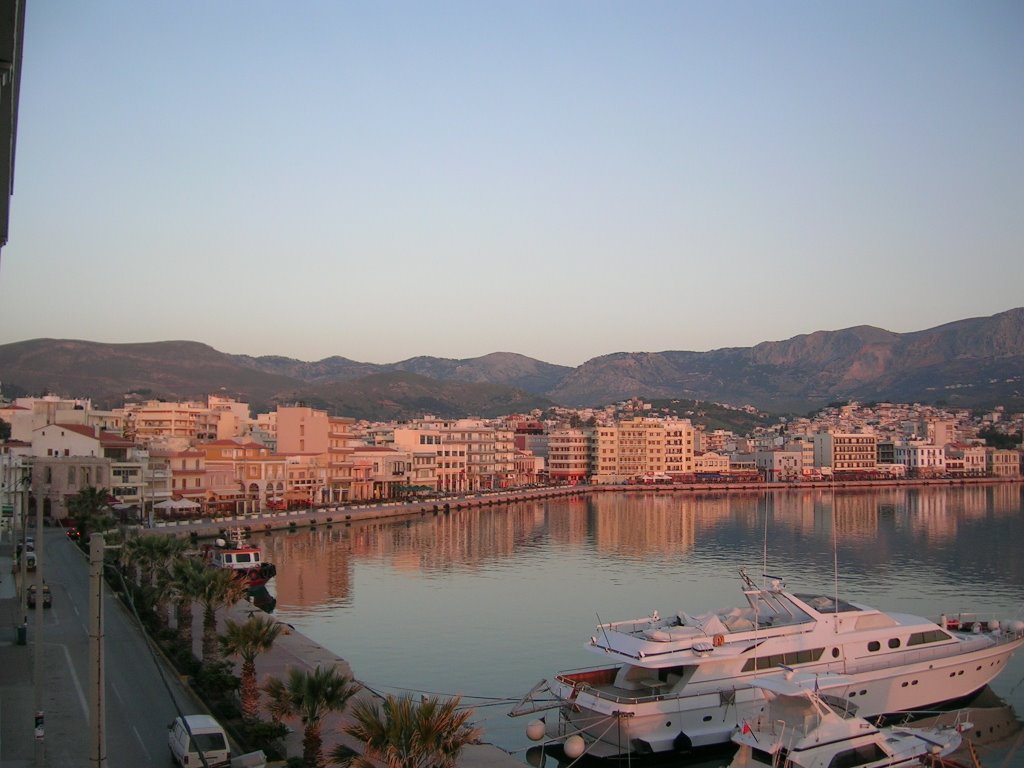 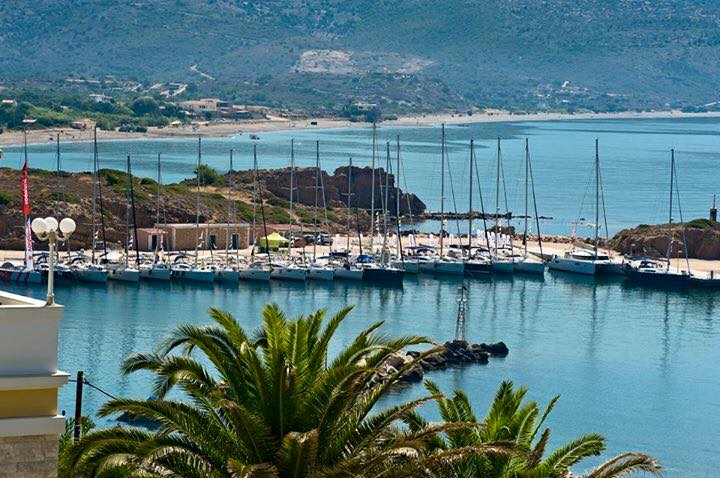 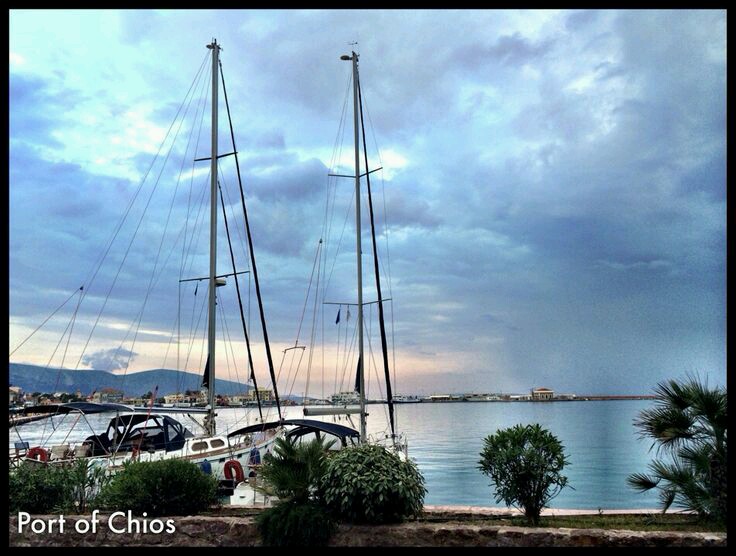