Rhodes, the second largest city of the Aegean Sea and the capital of the island has a rich history. Even from ancient years. Its strategic position brought to the island great wealth and made the city of Rhodes one of the leading cities of ancient Greece.

Throughout its long history, the different people who settled on Rhodes left their mark in all aspects of island culture in art, language and architecture.

The cruise guests have many options in order to make the visit to the island a memorable experience. With history and culture of 2400 years, which has left its mark from one end of the island to the other end, with natural beauty and incredible scenery, with all modern amenities and a cosmopolitan atmosphere, Rhodes satisfies even the most demanding guests.

Mandraki. The port of Mandraki is located outside the Medieval City of Rhodes and is believed to have been the central port of Rhodes in antiquity. Its name comes from an ancient word which means “closed-walled port”. At Mandraki Port, the symbols of the island: “the doe and the deer”, stand on two tall columns. At the edge of the harbor the small fortress of Agios Nikolaos is located, built in 1464-1467. Today, Mandraki offers a sightseeing tour while admiring its fascinating sights.

The Medieval City is a mixture of different architectures belonging to various historical periods with a dominant period of stay in the island of the Order of the St John Knights, as well as the Ottomans. Today, it is a living part of the modern city, where trade, tourist and recreational activities take place, including residential areas as well. In 1988 the medieval city was designated as a World Heritage City by UNESCO.

The Palace of the Grand Master or Kastelo is located on the northwest side of the medieval town of Rhodes at the highest point of the castle; it is perhaps the most important monument of the Knights' period. It is a 14th century building built by the Franco-Roman Knights. Apart from the Knights' administrative center and the residence of the Grand Master, the palace was also the seat of the ruling social and spiritual order of Rhodes. Today it also serves the Byzantine Museum. Interesting for its mosaic floors lined with mosaics of ancient, Roman and Byzantine style as well as the collection of 16th and 17th century western style furniture. The inner courtyard is adorned with many statues of the Hellenistic and Roman period while the waiting rooms, reception, music, dance and the mosaic hall of Medusa stand out.

Archaeological Museum of Rhodes located near the port of Rhodes town, it is housed in a two-storey medieval building of 1489 that was used as a hospital for the Knights. The museum exhibits gravestones, coats of arms, statues that distinguish Aphrodite of Rhodes and the marble head of the Sun.

Municipal Gallery of Rhodes located in the old town, today houses one of the most representative and authoritative collections of Greek painting. The collection of the Municipal Art Gallery includes works by K. Maleas, C. Parthenis, F. Kontoglou, Theophilos, N. Hadjikyriakos-Ghikas, Sp. Vassiliou, Fassianos, Y. Moralis, Y. Tsarouchis and many other Greek artists.

Kallithea Springs are located at the bay of Kallithea, just 9km from the City of Rhodes. The thermal springs of Kallithea have been known since antiquity for their healing waters. The unique architecture and the grandeur of the space, with pebble stone mosaics, Rotonta Hall, Terrace, an impressive patio and the staircases at the entrance, create a nostalgic backdrop.

Museum of mineralogy & paleontology ‘’Stamatiadis’’ is located in the town of Ialyssos. At the Museum, visitors will admire minerals and fossils from Greece as well as from various parts of the world.

Acropolis of Rhodes is located on Monte Smith Hill, with buildings dating back to the Hellenistic Times (3rd-2nd century BC). The archaeological site preserves the Diagoras Stadium (500 meters long) of the 2nd century BC, where the "Alion" athletic events took place, as well as the Theater that hosted music and theater during antiquity, as well as today. At the highest point of the hill are the ruins of the temple of "Pythios Apollo", as well as the temples of Athena and Zeus.

Acropolis of Lindos is located 48 km from the city of Rhodes. The most important sights of the ancient acropolis are the Temple of “Athena Lindia”, dated around 300 BC, the propylon and the Hellenistic archway, as well as the Byzantine chapel of Agios Ioannis and the Headquarters of the knightly period.

Ancient Kamiros is located 53 km from the city of Rhodes. Parts of many houses and other buildings are preserved, the Doric Arcade Agora (3rd century), a Hellenistic mosque, the main street of the city, aqueduct ruins and traces of the pavilion of Athena. The monastery of Panagia is built almost on the foundations of the temple of Athena. Nearby there is an Early Christian catacomb. The area around Kamiros is dotted with Byzantine and Venetian monuments.

The church of the Holy Trinity is located in the old town of Rhodes, built in the 15th century and is of byzantine style.

The church of Ayia Aikaterini is located in the old town of Rhodes, built in the 4th century. It was the first Orthodox temple to be converted into a mosque by Sultan Suleiman the Magnificent.

The church of the Annunciation is located in the port of Rhodes on Eleftherias Square. It initially functioned as a Catholic church dedicated to Agios Ioannis and then became an Orthodox church. It is a three-aisled Gothic-style basilica of 1920 AD.

The church of Panagia in Lindos is located in Lindos and it is of byzantine style. The whole church is decorated with frescoes dating back to 1779 and is attributed, according to an inscription, to Gregory the Symeon.

Santa Maria. It is a Catholic church, built in 1743 and expanded in 1851. Located in the area of Niohori and nowadays, it has a service every day and, the Divine Liturgy is conducted in various languages.

Church of Agios Fragkiskos of Assisi. Built in 1939, it is the official parish church of the Catholics in Rhodes. It is a three-aisled basilica with a flat roof. The Divine Liturgy is performed in Greek every Sunday and on religious holidays.

Holy Monastery of Panagia Filerimos is located in Ialyssos next to the ancient city. It is a Gothic style of the 14th century. Outside the archaeological site start a paved path with 14 etchings with scenes from the Passion of Jesus and the path to Calvary, “the road to Calvary”.

Holy Monastery of Panagia Tsampika is located on the east coast of the island 28 km from the town of Rhodes near Archangelos village. It is built in the 17th century in a verdant area with excellent sea views.

Cultural Events in the Municipality of Rhodes (Summer 2022) 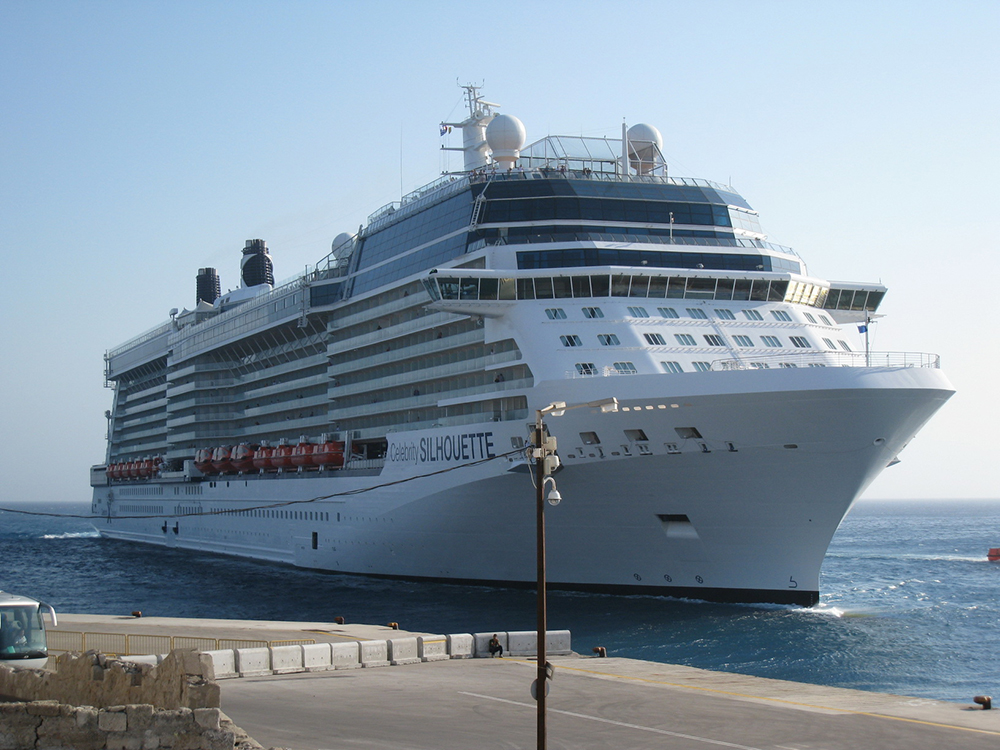 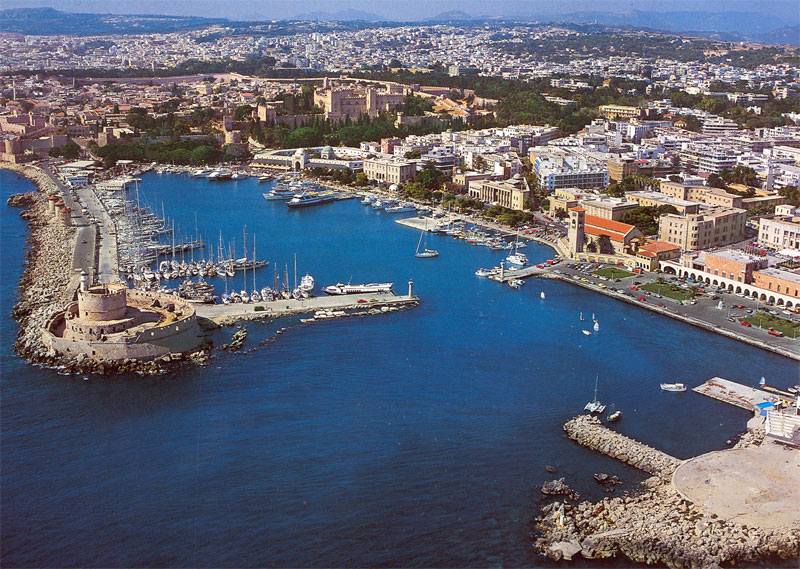 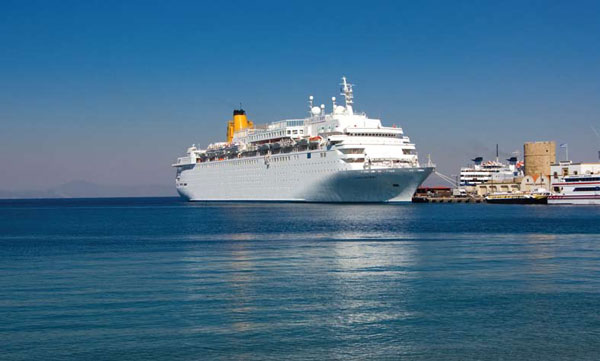