Mykonos, the sea, the sky, the sun, the hospitality, the fun, the harmony, the charm. A never-ending real myth surrounding us, every part of it a reality, something special, challenging you to live it, taste it, relish it.

An barren island, arid, burned by the sun but full of golden beaches and crystal waters. The white color, the stone and the scattered mountains are indelible memories in the mind.

The natural elements are vivid and strong, filling you, guiding you in new sensations; the air, the sun, the moon are the eternal guides.

The harmony of the Mykonian architecture is really astonishing. The location and the way the town of Mykonos is build -inside the Northern eye- the port, the particular colors, it is an exceptional masterpiece. No man and no plan would be able to create something so unique. The feeling of getting lost in the alleys is fascinating. The exit to the seashore is where we end our walk, with a glass of ouzo and the view of the boats.

You walk and think that you know everybody…you wave and they wave back. As if you have grown up in this neighborhood. Everything is simple, familiar, hospitable. A warm and relaxing atmosphere.

Hospitality and a hug are something you can take with you and carry it forever.

And when the sun sets the mood changes. The rhythm becomes vibrant, fast, full of fantasy and intensity.

Mykonos has rightly earned the title of most cosmopolitan island of Greece. Here travelers from all social classes and cultures come together to create an atmosphere of joy. This unique island in the Cyclades has managed over the years to attract more and more visitors.

Delos (just 6,85 km2), was the most famous and sacred of all islands in antiquity, since, according to the legend, it was there that Apollo-Helios, god of daylight, and Artemis-Selene, goddess of night light, were born - it was, in short, the birthplace of Light, which the Greeks always regarded as the most precious good. In 478 B.C., after the end of the Persian Wars, the Delian League of Greek cities was formed in order to deal with future threats. The headquarters of the League was on Delos. There are two archaeological museum one on Delos island and the second on Mykonos down town, near old port of Mykonos.

Folklore Museum is located in Castro, in Chora and is housed in “Captain Malouhos” which is an old house with classic Cycladic architecture. Old furniture, Byzantine icons, folk potters, token dishes, embroideries, keys and many more are exhibited in its six halls. The museum is open daily except on Sundays from April to October, 17:30-20:30. Tel.: +30 22890 22 591.

The Archaeological Museum was built in 1902 in Kamnaki in Chora in order to house the findings of the “Purification Pit”, the prehistoric necropolis which was discovered in 1898 in Rhenia. “Pythos of Mykonos” is the finding of the island which impresses with its relief presentations from the Trojan War. The Archaeological Museum is open daily all year long from 8:30 to 15:00 except on Mondays. Tel.: +30 22890 22 325.

Aegean Maritime Museum, located by the Three Wells, next door to Lena’s House, this museum displays scale models of various rowing boats, sailing vessels and steam-powered ships which, in turn, from Prehistoric times until the present, have traversed the Aegean. Open, April to October, daily, 10:30 a.m. to 1:00 p.m. and evenings from 6:30 to 9:00 p.m. Tel.: +30 22890 22700

Agricultural Museum - Boni Windmill and Lena's House are divisions of the Mykonos Folklore Museum. The first, located on the edge of the town at Apano Mili, is an outdoor museum, which presents the traditional Mykonian agricultural installation used for the production and processing of farm products: the threshing floor, the well, the oven, wine-press, etc. The museums centerpiece is the Boni Windmill, which is in full working order and may be visited from June to September daily, 4:00-8:00 p.m., Tel.: +30 22890 26 246. The second, near the Three Wells, is a charmingly preserved, authentic 19th century Mykonian middle-class dwelling, which is completely furnished and equipped with antique furniture and house utensils. Open evenings, except Sundays, from April to October, 6:30p.m. to 9:30p.m., Tel.: +30 22890 22 390.

Mykonos Holds high marks among leading clubbing destinations in the Mediterranean and the nightlife, consider one of the best in Europe. Mykonos also attracts internationally famous DJ's, on the island clubs and bars. Worldwide known is the Super Paradise, and Paradise Beach. Overall, the island is widely known for its very interesting night life, with countless bars and clubs, which can serve even the most visitors. The night clubs of Mykonos are so many and so different one from another, which is undoubtedly will get your attention.

Perhaps the most important of the tourist asset of Mykonos, that distinguish it from other islands are the beaches. Here are without doubt the most - and best - to be found.

Particularly in the South, the picturesque coves with sandy beaches follow one another. Those beaches, can be reached by car or motorbike, since the radial roads of the island starting from the Mykonos town stretches nearly to each corner.

GASTRONOMY - Cooking with the Mykonos way.

The gastronomy of Mykonos can be proud of: the kopanisti cheese, the onion pie, the louza, the honey pie, the sausages, the marzipans. 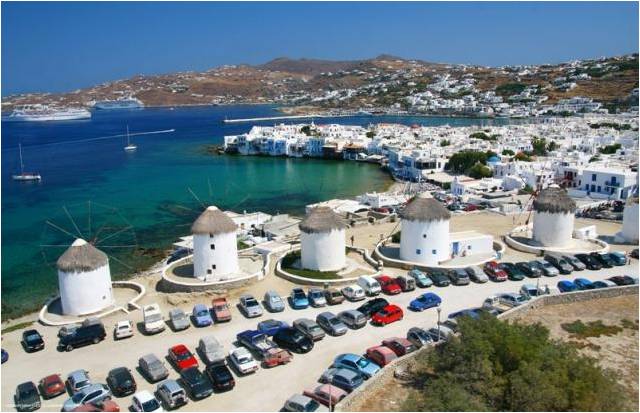 Cultural Events in the Municipality of Mykonos (Summer 2019) 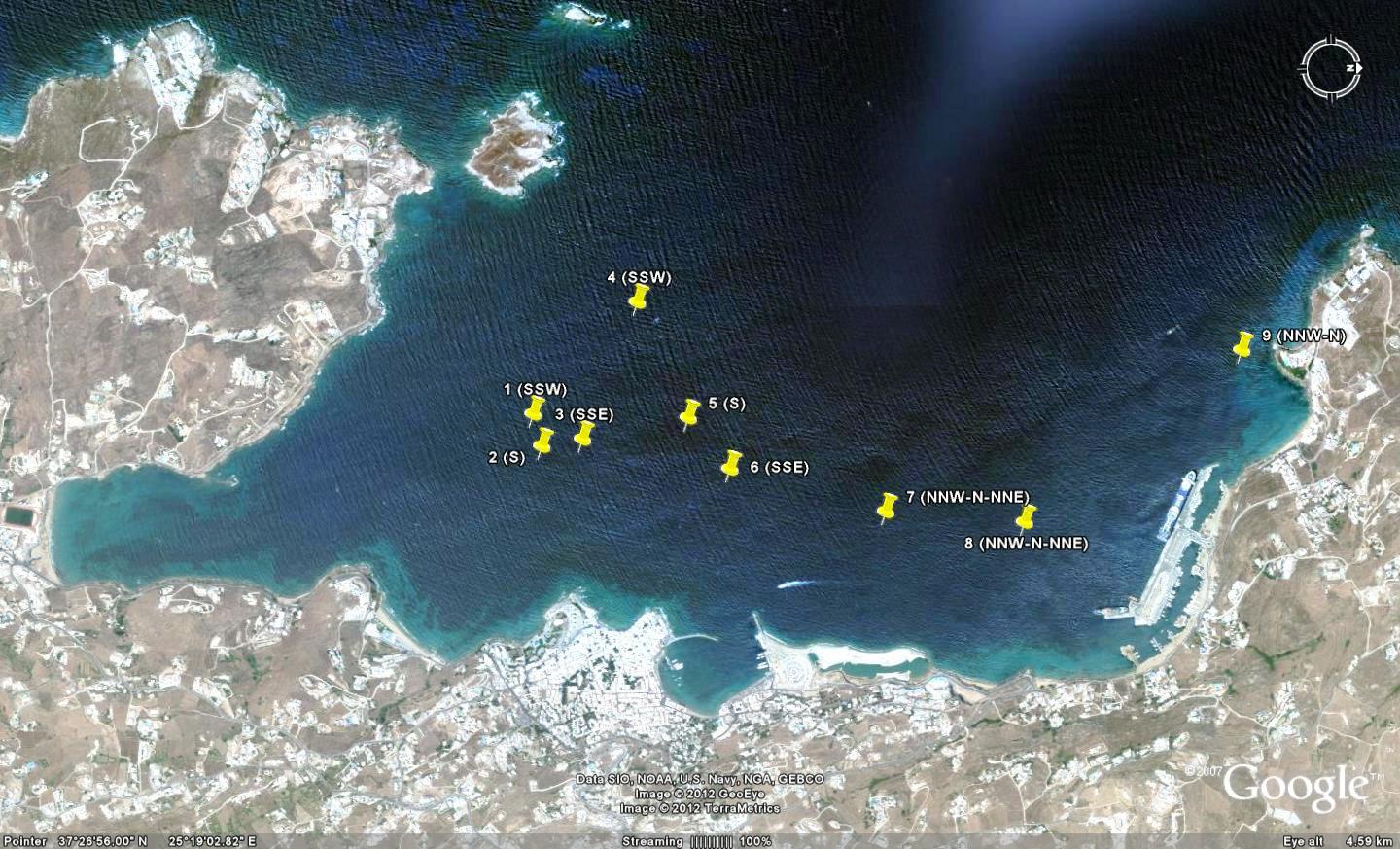 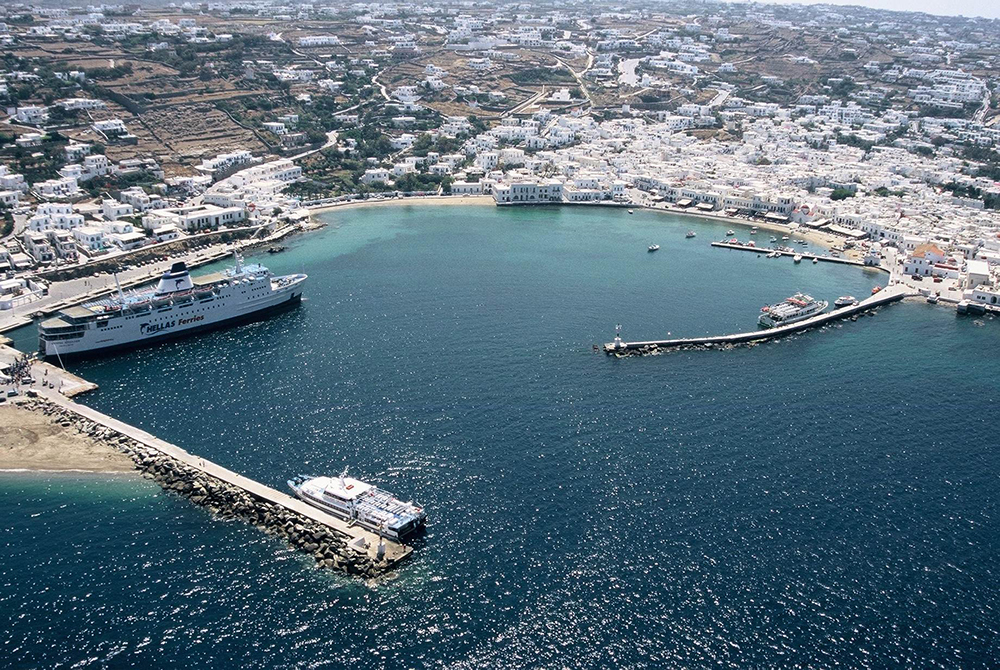 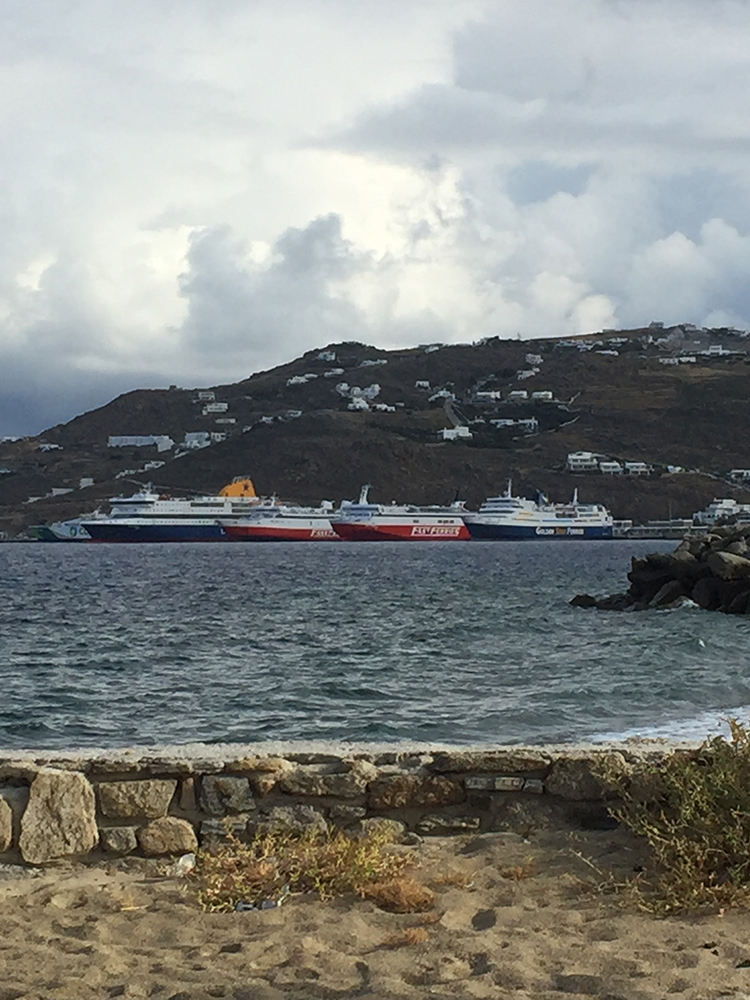 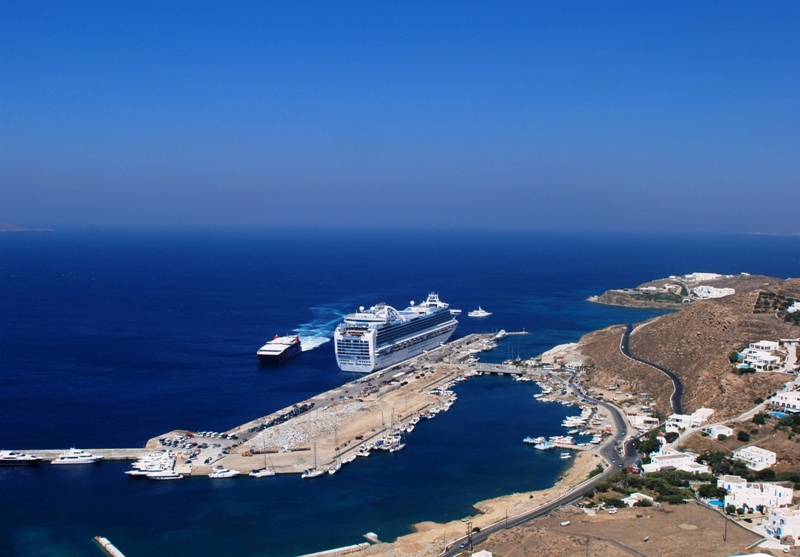 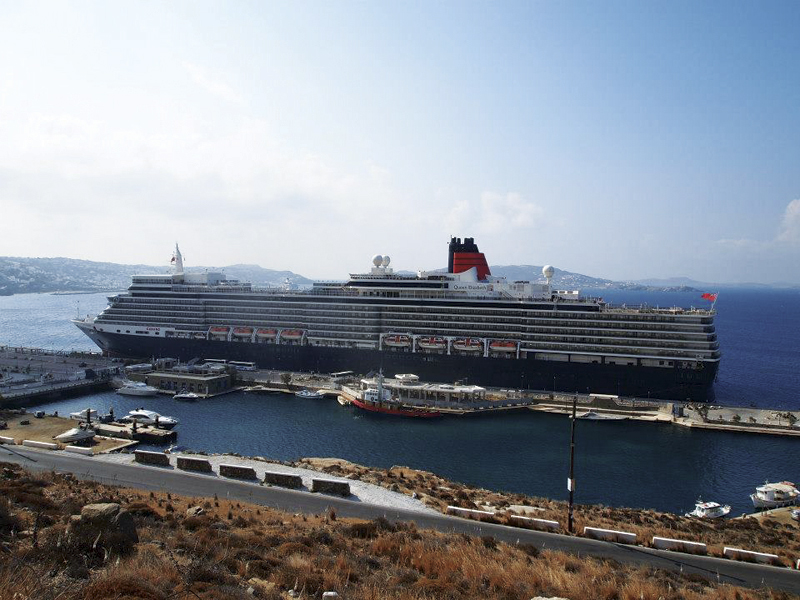 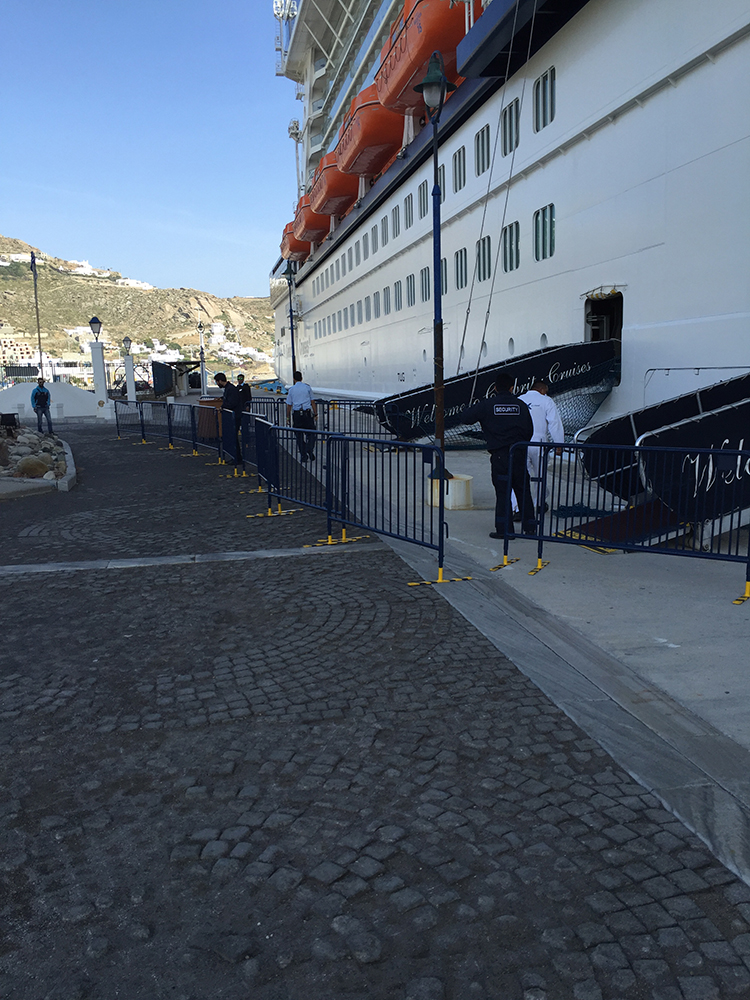 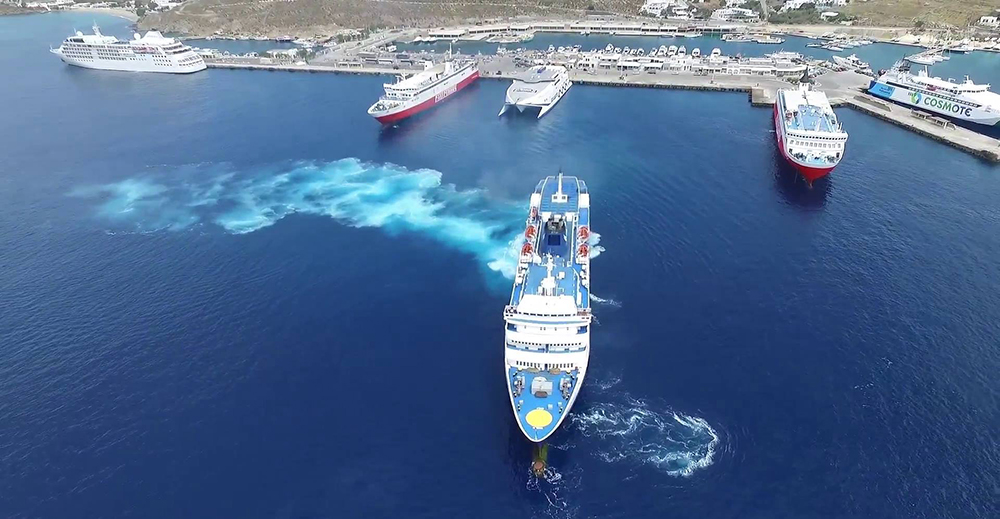